A simple Turkey cake – perfect for Thanksgiving, Fakesgiving, and any occasion

So, time for another cake!
A couple of years ago, when our American friend was still living in England, we used to get together to celebrate Thanksgiving, as she couldn’t go home for that, and then again for Christmas a few weeks later. She later moved back home to Seattle, and came back in Novembertime 2011 for a visit, so we hired out these amazing converted barns, and got everyone together again for a weekend of fun and games… and eating!

This was just part of the dessert table…. Some bits had yet to arrive! – my offerings included the Turkey cake, Bakewell tart, Chocolate and Banana cake, Westcountry Apple cake, and hobnobs (obviously)

After seeing these pictures, a friend of mine from work requested that I make her a Turkey cake for her fiance’s birthday, (her fiance sells poultry as part of his job) so I set to it!

I bake the base cake in a Pyrex bowl, greased with Wilton Cake Release

…..using my standard recipe with 5 eggs… 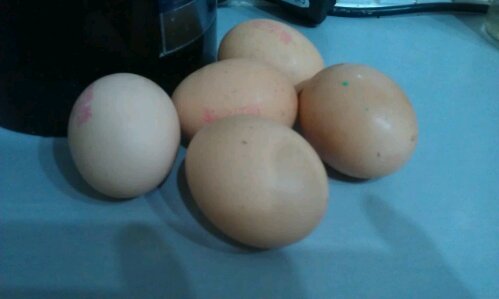 …..and 339g of self-raising flour, butter, and caster sugar.

Baking wise… it took about an hour at 180C/350F, until a skewer inserted comes out clean. It tends to be a little overdone around the edges, but it’s ok, as I’m gonna carve those bits off.

Then take 1kg of fondant…. 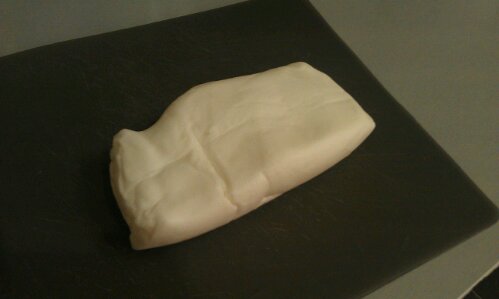 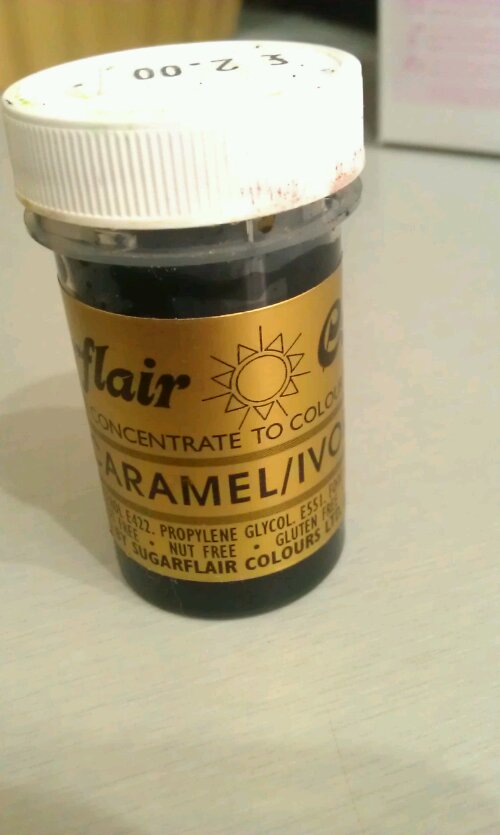 …and colour the fondant a nice beige-y colour!

Carve the cake into a rounder shape, with a wedge out of the back, then coat in a thin layer of buttercream…

Then cover in fondant… 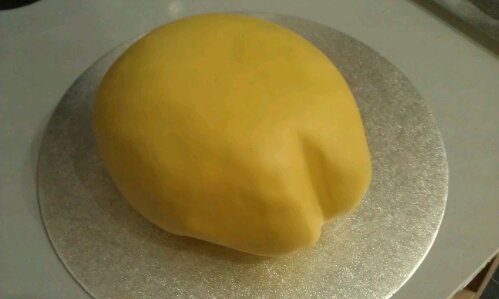 Using a cone tool, I then indented over the surface to give it some texture. 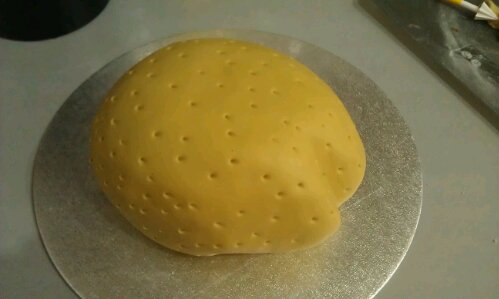 Then carved some legs out of some further cake, covered and placed them on (with hidden toothpick supports!) 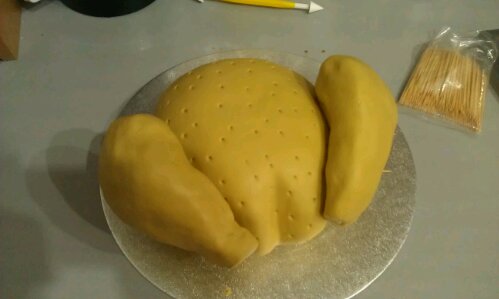 Then some more indentation, and some little wings (also with temporary toothpick support while they firm up so that they are nice and erect!)

Once this was all done, I then put it into a foil roaster to present it.

This is obviously ok…. but to make it into a proper roast? Some little tricks…. 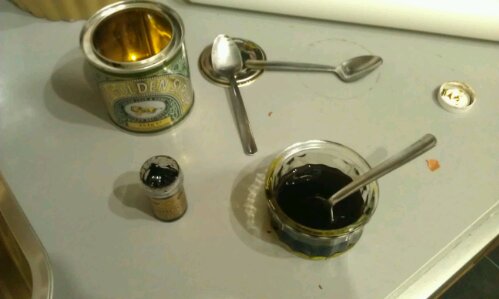 Golden syrup, some more food dye and a little water. I put it in the microwave for a couple of minutes to heat up the syrup so that it was easier to mix together, then painted this over the surface of the cake…. 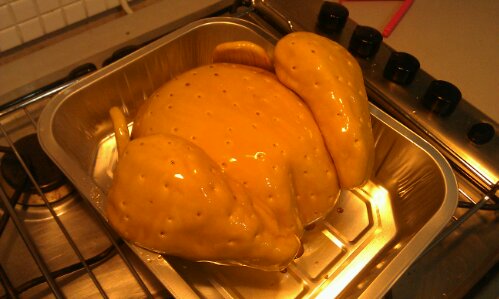 I gave the cake a couple more coats of the syrup mixture to give it a more golden colour, and also made some simple white paper decorations – take a sheet of A4, fold lengthwise, cut at half cm intervals along the fold and then roll up… and done! 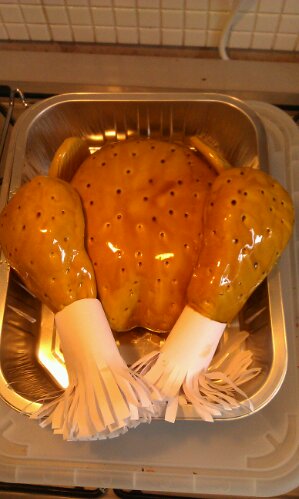