My best friend Lizzie loves 30 Seconds to Mars. In quite a big way. So, of course the first thing that came to mind when trying to think of what to make her? A Triad. 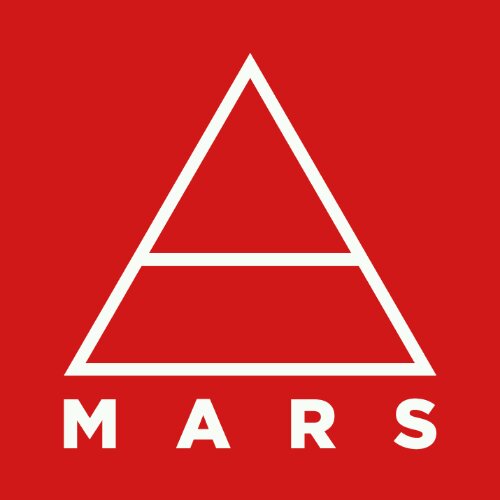 The idea for this cake took shape while I was on holiday, and when we got back I was to hot foot it to the shop and get some bits and pieces (including a trip to IKEA for something to put it on) and then get baking. 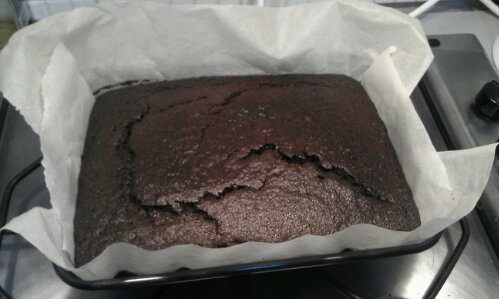 The base cake was baked from the Vegan Chocolate Cake recipe from a previous post, which was then carved into shape: 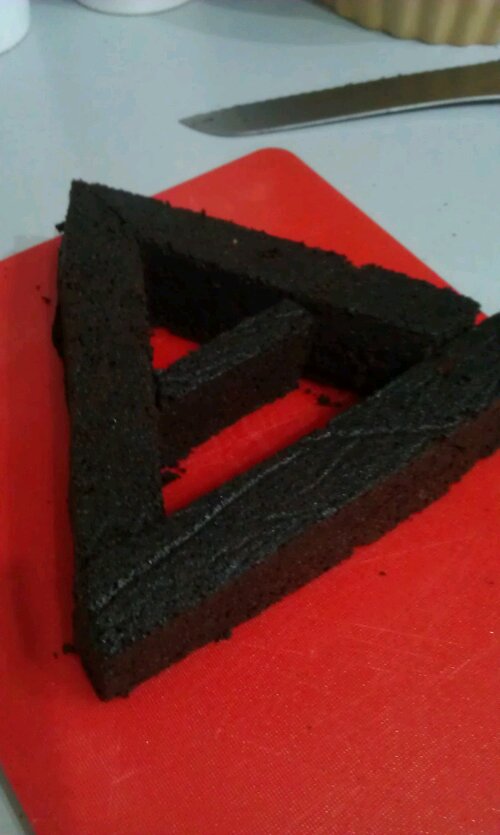 and stuck together with chocolate frosting, and covered in white fondant. (p.s. a Triad is a very difficult shape to cover!) 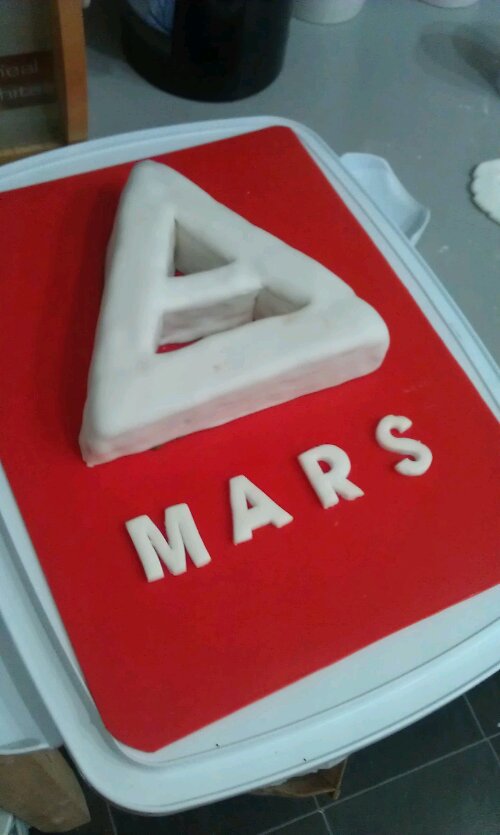 I added the letters underneath, cut out of rolled fondant (I knew there was a reason I bought those letter shaped cutters!)

So it’s a little messy… as previously mentioned a Triad is a little bit of a difficult shape to cover. I think next on the list of things to do, is perfecting how to smoothly cover cakes!

update: she may hate me for posting this, but I think she looks cute. She did like her cake, so I was happy