A few months ago I started following Fran, the lady behind Skulls and Ponies, on Twitter. She announced that once again she would be organising a craft swap, where she would partner up people to make things for each other.

I was partnered with Stu, and we swapped lists of interests, and things we liked….

His list involved lots of computer game related items (some I knew, like Portal and Zelda… others…. not so much), so I consulted Google, then consulted with my go-to computer game expert (thanks Slim).

Eventually I decided to make something based around this little guy:

Link. Humble but brave hero from the Legend of Zelda. Rightful bearer of the Triforce of Courage, and chosen bearer of the Master Sword.

As Stu had expressed a fondness for cross stitch, I decided to adapt the image into a cross stitch chart… 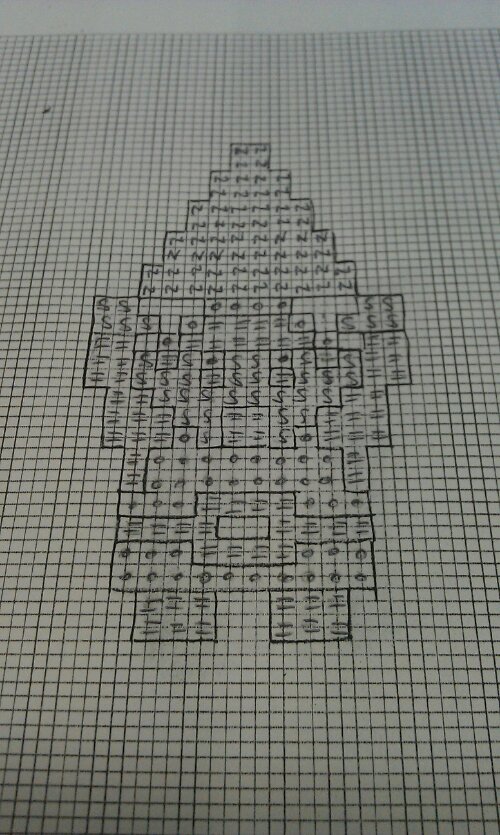 With some symbols to represent colours… Thank you muchly 1986 and your 8-bit graphics.

Helpfully I had some appropriate coloured threads, and some fabric leftover from the baby sampler. So off I went!

First… the face and hands:

Then the legs, arms, hair, and features of his face:

…and then his hat and outfit:

And the final piece… The Triforce of Courage!

He looks so pleased with himself.

I then filled in the gaps and background, to make it into a more.regular shape….

then mounted it on some felt to make it more sturdy…..

Then I got some nice strong magnets: 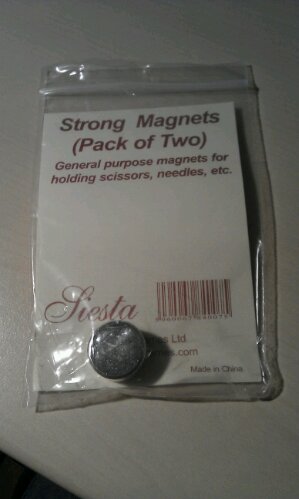 ..and used my super cool glue gun to glue them in place on the back. I then applied a further piece of felt to the back, glued it, trimmed it…. Done! 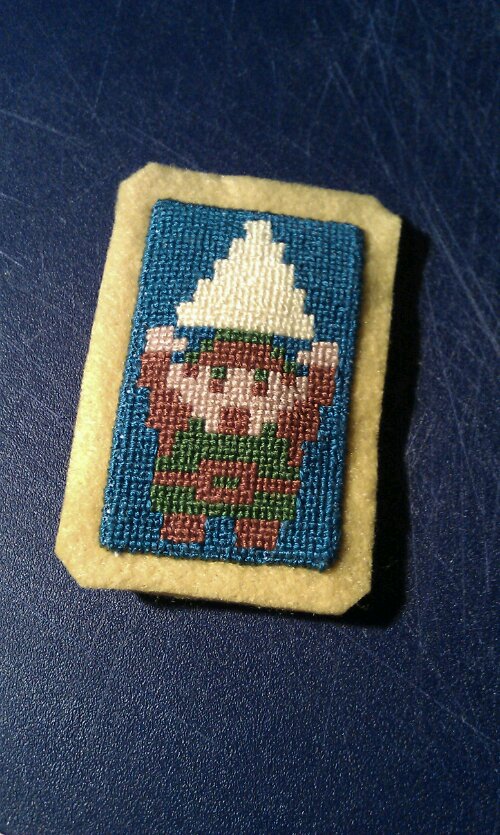 From behind it’s a bit funny looking: 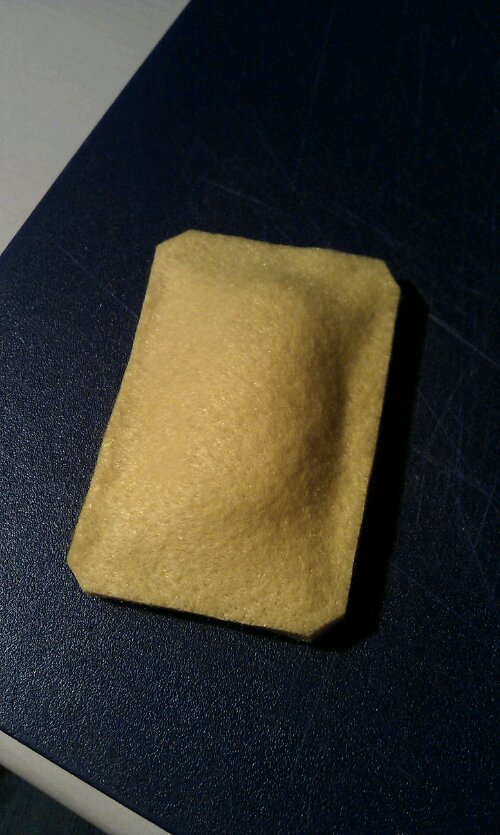 But overall I think I’m pleased. I posted it off to Stu, and finally today he got it and likes it! Hurrah!