Bad On Call shift = Day off work! Woo! After doing a bit of marking when I got home at 5AM (one of my co-workers is being assessed next week, so I have been assisting our training officer in marking off the evidence and questions), I finished watching the last few episodes of Numb3rs (now need a new series to watch), then went back to bed to recover.

This morning Ruth Clemens (The Pink Whisk, runner up on the frist series of GBBO) posted a link to one of her old recipes.

I looked. I drooled. I realised I had run out of golden syrup after all the hobnob making the other weekend. Tragically this meant I had to get properly dressed, rather than just lounging round the house in my onesie, and pop to the shop.

Moist and yummy. Although, I would reduce the treacle and up the golden syrup next time, as the flavour is a bit overpowering, and even though I increased the amount of ginger to 2tsp, I still couldn’t taste it that much and ginger cake isn’t ginger cake unless my mouth is ever so slightly on fire 😉

Other than that, I came up with another variation of the hobnob recipe:

Put the oil, syrup and water in a small pan and heat until the syrup is the same consistency as the oil.

Meanwhile measure out the other ingredients and combine in a large bowl. Add the oil mixture and mix thoroughly.

Take spoonfuls of the mixture and shape into balls, place onto a baking tray and flatten slightly.

Bake in the preheated oven for 12-15 minutes until slightly golden: 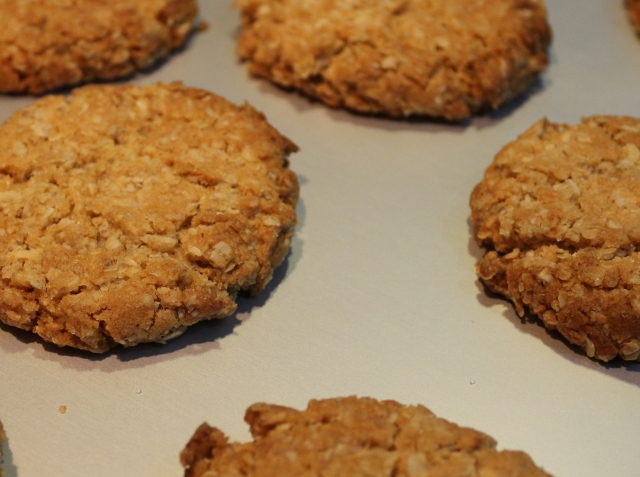 Allow to firm up on the tray for a few minutes, then transfer to a cooling rack and allow to cool completely.

To counteract all the baked goods, I made a nice stew full of vegetables, barley, lentils…. oh, and some herby dumplings: 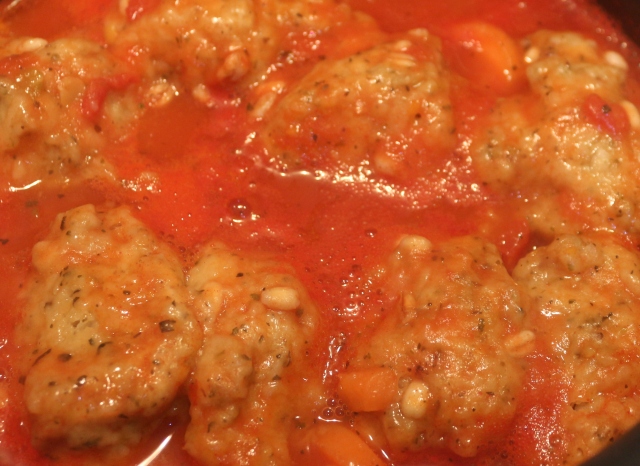 I have also been practicing some more crochet, a lacy wheel: 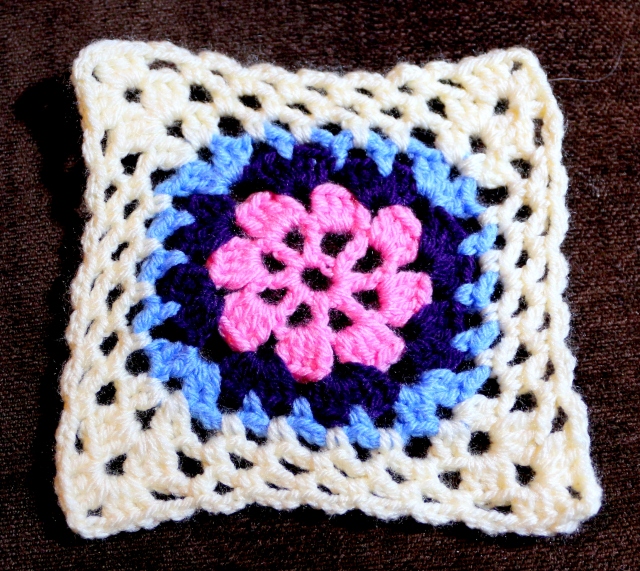 …and this little stripey number:

They’re looking ok! Although are not necessarily the same size…..