Presents for Husbands when you’re on a budget.

Yep. Still unemployed. (Although that may be about to change…….)

I did ask Mr M “So… what would you like to buy yourself for your birthday?”……………

Yeah, pretty much my only option other than buying him something with his own money, is to make him something.

Using materials bought with his own money.

But still, slightly better than just buying him something.

Anyhow, for Christmas I bought him a Chemex Coffee pot (it’s like SCIENCE!), which he loves, but the coffee cools down over time as it takes a while to brew, and not being on one of those fancy warming plates that coffee percolators have…… it gets a little cold. I did a quick search on Ravelry and found this pattern.

All I needed was a skein of Patons Classic Wool Bulky in Black – I think I got it at Joann on sale, and it turned out that I didn’t have any 6.5mm DPNs either – how do I not own all the needles I should ever require by now? 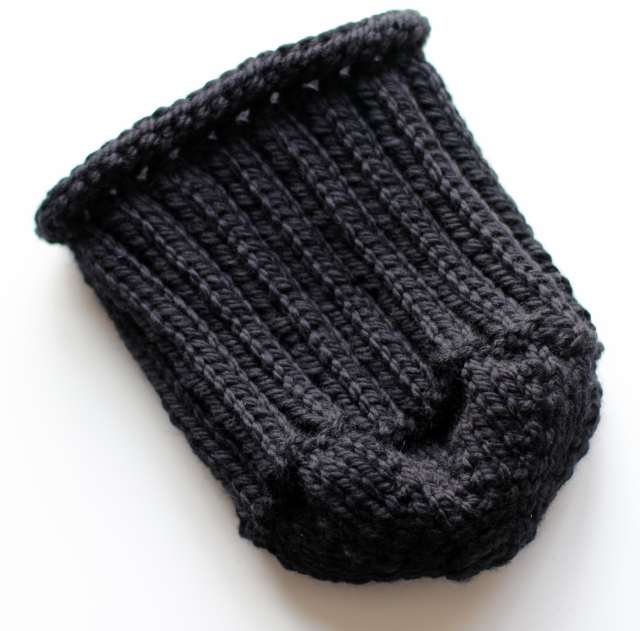 Anyhow, it knitted up pretty swiftly, (mainly while I hid in the spare room while Mr M watched football and played GTAV) then I blocked it as in the instructions by wetting it and leaving it to shape over the Chemex. But then it took a while to dry, and as I was trying to keep it a surprise, I had to find an alternative, rather than having the coffee pot out of action for a day or two. Hurrah for IKEA vases!

Anyhow, once it was blocked and dry, I waited until last minute, ie. the night before his birthday, and stole the Chemex and put it in place. 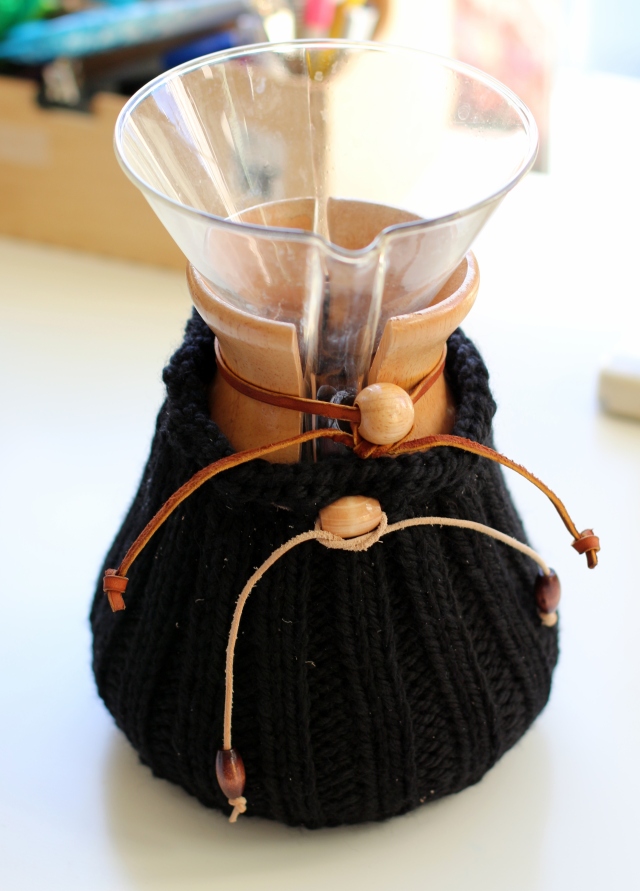 The tie is made out of a leather cord, with some more wooden beads to blend with the wooden collar on the Chemex.

He had to open his presents nice and early so that he could have his morning coffee! I like the black though, I think it came out quite well, and blends nicely with our black kettle, and espresso machine…. and everything else.

← A quick post about Arancini
More presents for husbands….. Jedediah Shorts and Pants. →