Mr Kingfisher: Alcedo atthis, and a little trip away.

July 6, 2014 · by Lindsay · in craftings, Cross stitch/ Embroidery, makings, Things that have made me smile today. · 4 Comments

Another little pretty stitched from the series of birds I get with my digital edition of CrossStitcher Magazine!

This month it was time for a little Kingfisher, I had half the colours already, but had to pop out to the shops for the rest:

While I was at Michael’s, I also picked up some more embroidery hoops, they seem to have switched from wood to bamboo, and they are so pretty already, and much better quality that I decided to mount it as it was.

It joins the others on the wall, and I like the mix of the plain bamboo frame in with the ribbon and fabric wrapped frames of the others: 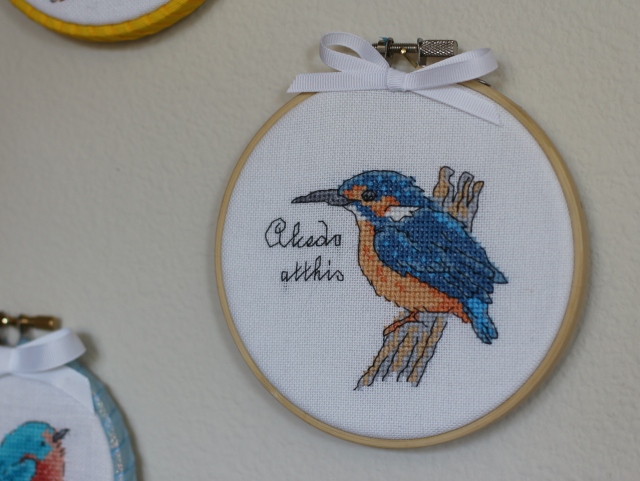 I think Mr M appreciated me having to disappear off for crafting supplies, as he used the opportunity to bake me a cake! 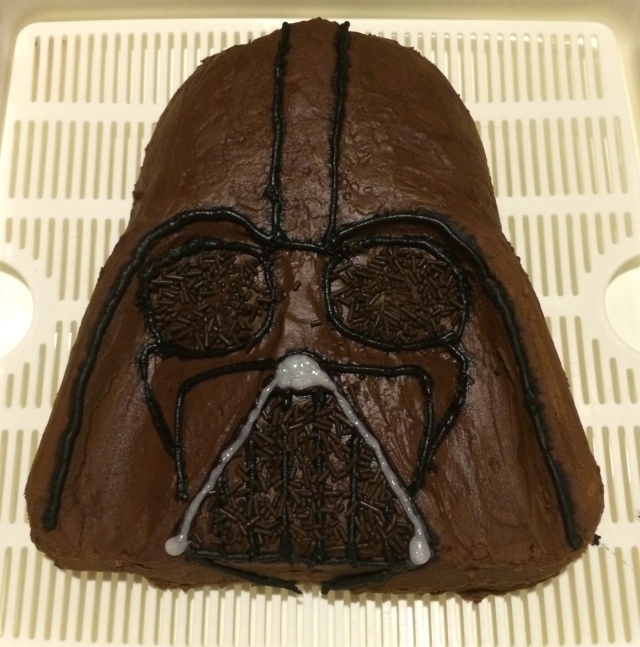 We already had the Darth Vader tin, my brother-in-law bought me it as a birthday or Christmas present one year. But he made the cake a iced it all by himself! Good work Mr M!

What a lucky girl I am!

Mr M also took me away for a few days for my birthday last week, and not only that, but to the place that topped my list of destinations that I have wanted to visit! Aww bless him. He listens and everything!

It was of course to the beautiful, words-and-pictures-don’t-do-it-justice, place of Crater Lake in Oregon. 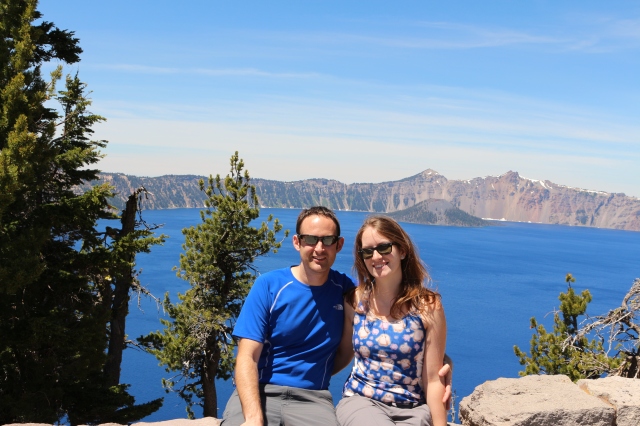 Like seriously. The water is so blue and clear it is incredible. Oh… and COLD! 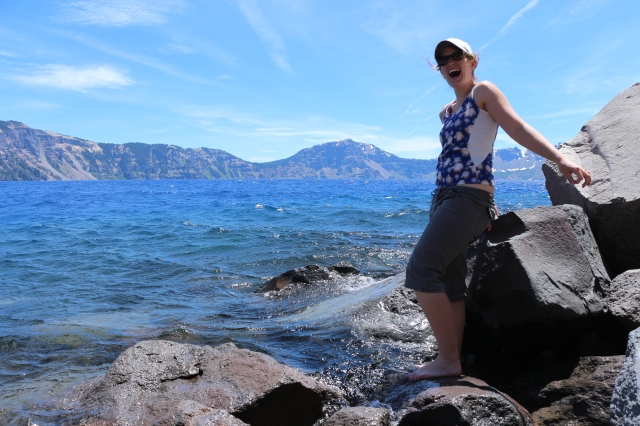 But how could I resist at least dipping my toes in? We hiked down the trail to the lake, and back up again, then up the Watchman to the tower for a nice view.

The entire area is pretty much covered in snow for 8 months of the year, and even though it is July, there was still a fair amount of snow around in the higher ground, which led to some hiking through snow… in shorts: 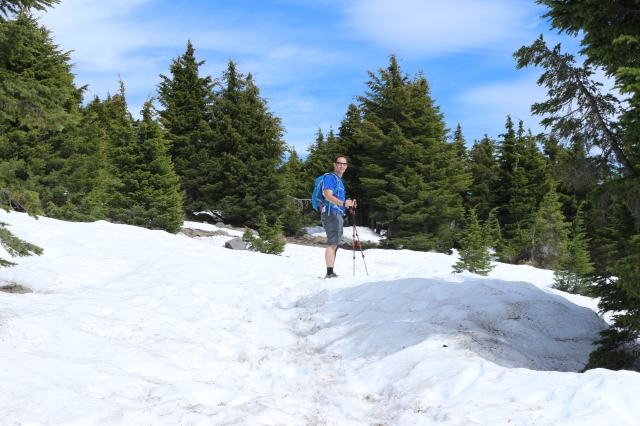