This weekend was spent with a friend of ours who was visiting from England.

On Saturday we went to Arata Pumpkin Farm, got slightly lost in the Maze, but were eventually victorious, found the Minotaur, and emerged with our golden pumpkins!

We also bought some pumpkins of various shapes and sizes to take home and carve, so spent the afternoon scooping and a cutting:

It was a little messy…. but we ended up with some pretty good looking pumpkins! 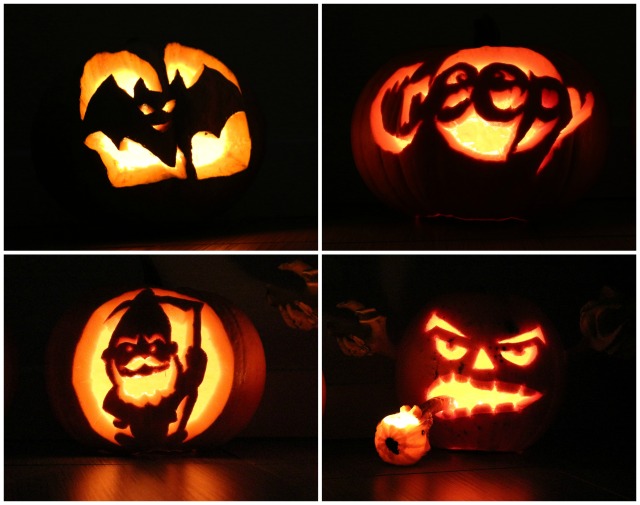 Mr M’s was a particularly exciting pumpkin, he had bought some additional squashes and used them as little claw-ended arms, hollowing out the rounded ball ends, just leaving the ridges and cutting out the bits inbetween: 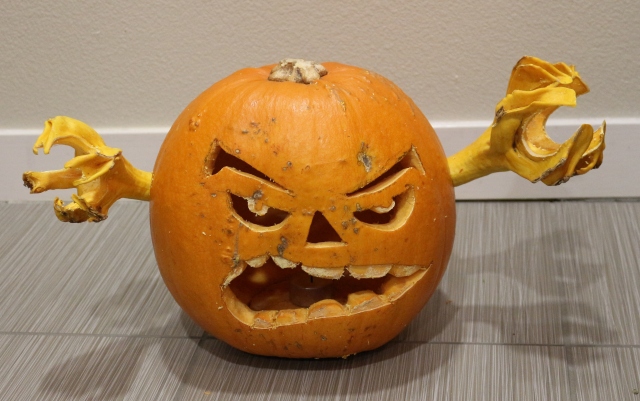 Anyhow, I saved the seeds (actually this is a lie, I disappeared off to work and left Mr M with the task of clearing up after the carving and cleaning up the seeds. Thanks Mr M!), and decided to roast them up with a little bit of spice!

A drizzle of Olive Oil

Your favourite spice mix, I used Slap Ya Mama

Take a large roasting tin, and lay out the seeds.

Drizzle with olive oil, and sprinkle with spices. Toss the seeds in the oil and spices until coated.

Bake in the preheated oven for 45 minutes to an hour (depending on if your oven is as poor as mine!), until the seeds are dried, but not toasted and discoloured!

Remove and allow to cool.

Yum! This week I aim to do some serious crafting! I have done far too little lately, and it is getting me down….. Plus I have an unfinished project giving me the evil death stare from across the room.