Until I moved to the US, most of my exposure to Swedish food came from IKEA, much like I imagine it does for most people. But our relocation agent that helped us find a place to live and do battle with Social Security and the DMV is Swedish, and invited us round to her house for her annual Swedish Christmas/ St Lucia party. There we tasted lussekatter, got offered some Glögg, and were taught that seven kinds of cookies minimum should be served up by any self respecting Swedish host(ess) at a party.

Anyway, the full title of this book is Fika: The Art of the Swedish Coffee Break. 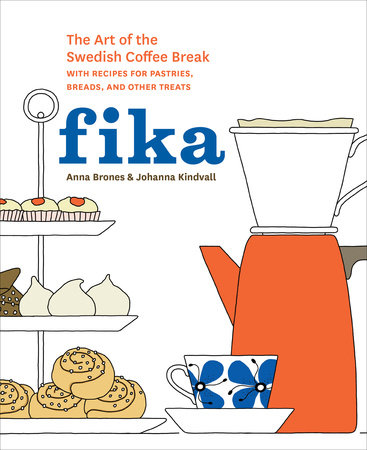 Fika means coffee or kaffe with something to eat, but also refers to the coffee break taken at least once a day, a chance to sit down and unwind. Frankly after the crazy week I have had, I think we could all deal with a little bit of fika.

The book deals with various traditionally based Swedish recipes for fika baked goods, but also some recipes of preserves and cordial, all accompanied by a bit of background information and history.

It is a cute book with illustrations throughout by Johanna Kindvall such as: 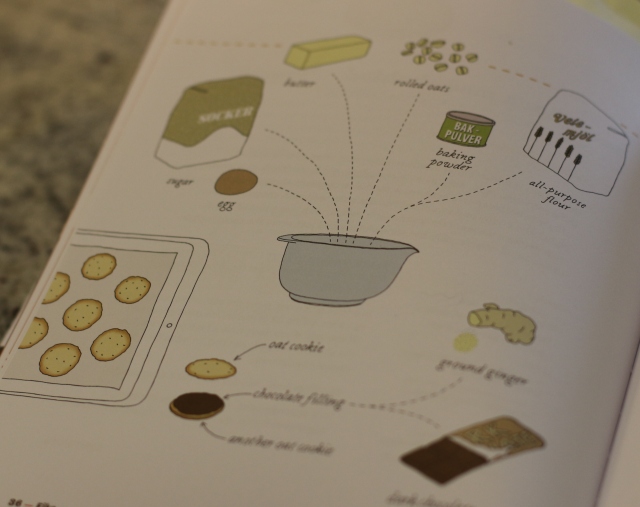 The illustrations include diagrams of the traditional forms for shaping your lussekatter, variations for vetebullar (Cinnamon and Cardamom Buns) and others such as the one above giving a pictorial representation of the recipe.

While pretty, I can’t help but long for a few pictures of the goods themselves though, somehow the pictures don’t quite inspire me to bake in the same way. In the interests of completeness, I made havreflarn med choklad (oat crisp chocolate sandwich cookies). 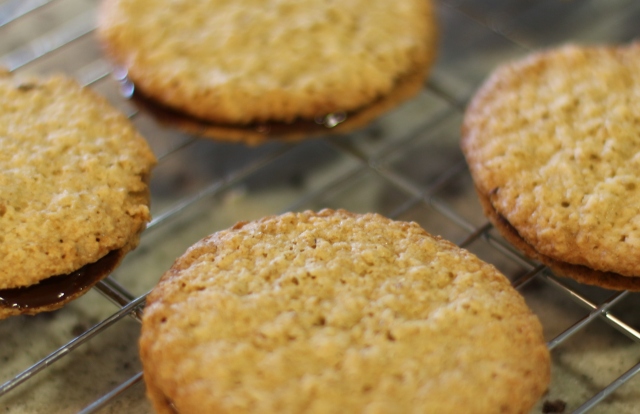 They were taste tested and found to be good! The cookies themselves are made in a slightly different method to what I am used to, and result in a cookie with a slight chewy meringue-y texture. Very little flour is used, instead you blitz oats in a food processor. The filling is simply melted chocolate with a bit of ground ginger. The recipe worked perfectly, other than me needing to increase the cooking time, but this is a standard adaptation for any recipe in my poor pathetic oven.

Just a little FYI, in order to try and keep the mess minimal, I melted the chocolate and mixed in the ginger, then put it into a zip lock bag, chopped the corner off, then used this like a piping bag to apply the chocolate, then smoothing it out with the back of a spoon, and placing the other half on top… like so:

Overall there a quite a few recipes I could see myself making, and while they say that some of the ingredients might be difficult to get hold of outside of Sweden, I think for the most part this is not true, especially in this day of internet shopping. It is a cute little book!

I received this book from Blogging for Books for this review.

← You can’t have a party without Party Rings.
Beach Brian. →