Last weekend we went camping up at Union Valley Reservoir: 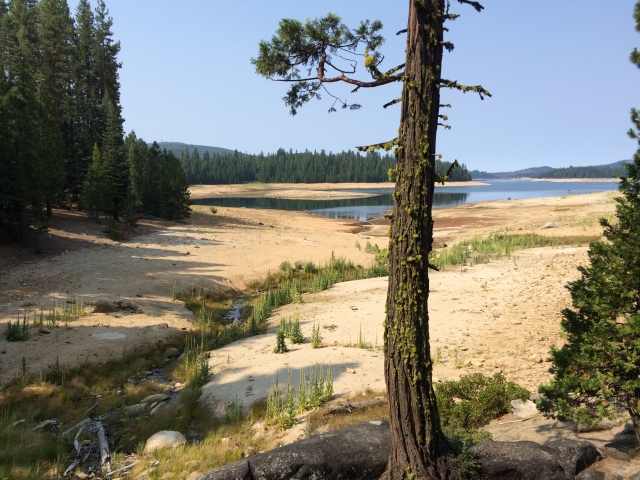 Yup. It is kind of empty!

Anyhow, camping of course involved the purchase of a proper grown-up tent (our previous tent we left behind in the UK as it was fit for nothing but muddy music festivals….. and only barely – it had a rip in the outer cover) and a couple of other bits and pieces.

We ended up also buying some extra tent stakes, which wouldn’t fit in the original bag with the others, a little mini stove that attaches to the top of a gas canister, and some cutlery.

We are talking just the basics here, no fancy stoves or lanterns, although Mr M did end up having “stuff envy”, and added a whole bunch of stuff to his wishlist of things he wanted for future trips!

All this stuff needs some organisation to keep it nice and neat, so after we got back I whipped up some quick little bags to keep it all in. I just eyeballed the size of the bags with the stuff I wanted to put into them, and used up some old fabric from IKEA that was in my stash. 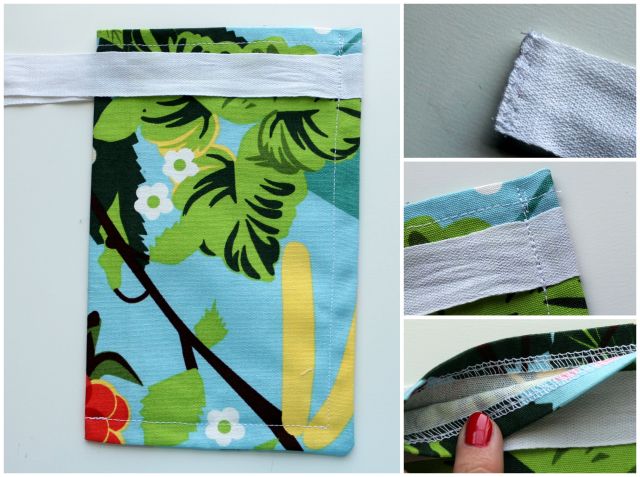 The bag was stitched right sides together around the bottom and side. The top of the bag was finished by overlocking the edge, and then stitching it down, then it was turned right side out, pressed, and stitched again for extra strength. I also attached some cotton twill tape to the seam near the top of the bag, so that I could use that to gather up and close the bag. 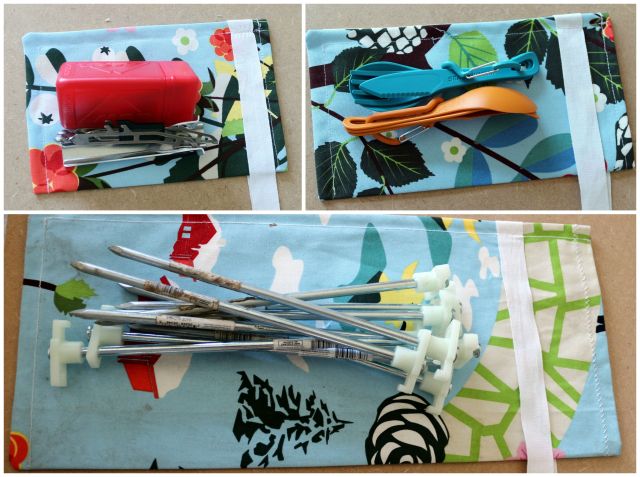 A load of bags that look kind of the same? I then used my poor artistic skills to paint onto each bag: COOK being the mini stove; EAT being the cutlery; and GLOW STAKES being… well, the glow in the dark stakes: 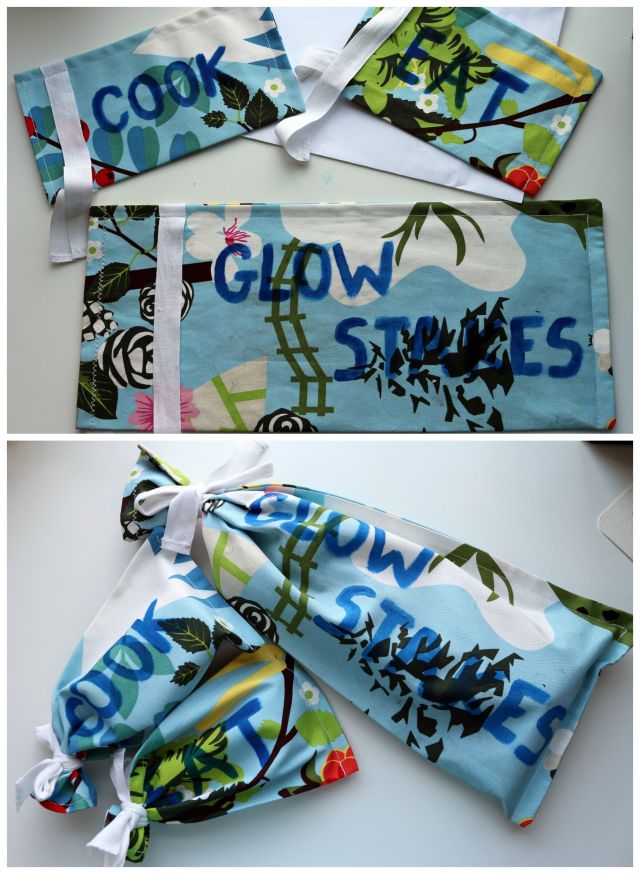