Yes, more mouse clothing. this one is a long time coming as I started it, but had lots of other things happening at the same time so it got a bit left to one side temporarily.

This time involved much more mixing it up patternwise, and was inspired by the real Saffy Mouse, who was wearing a big fluffy white snowsuit while we were all in Canada skiing.

For the pattern, I modified parts of the original mouse pattern, and tried to make this into an all in one suit…

Legs – make 2 (I made mine on quite long needles, so left the first one on the needle while making the second, but you can use a stitch holder)

starting with a p row, work 21 rows in stst.

Once they are both complete, put them both in line on one needle, right side facing, and knit across the top.

Continue pattern to form the body of the snowsuit…

starting with a p row, work 7 rows in stst

work 9 rows stst on last 6 sts and cast off purlwise.

sew the legs of the suit together, and the seam up the back, and join the shoulders together. 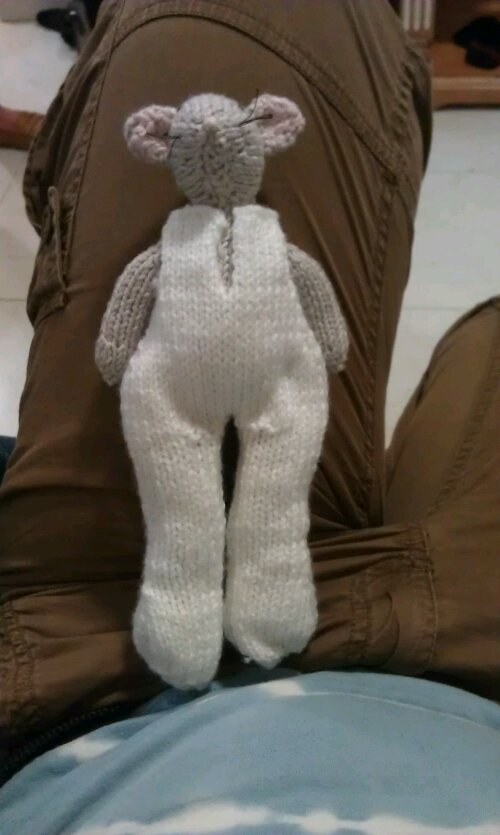 cast of purlwise. (p.s. I think I may have messed up the pattern count somewhere, but as long as it decreases then you’ll be right!)

Sew the arms to the suit 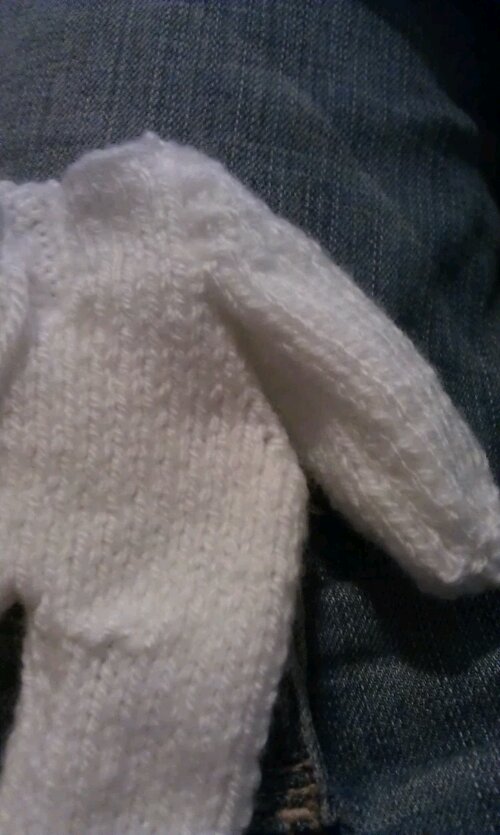 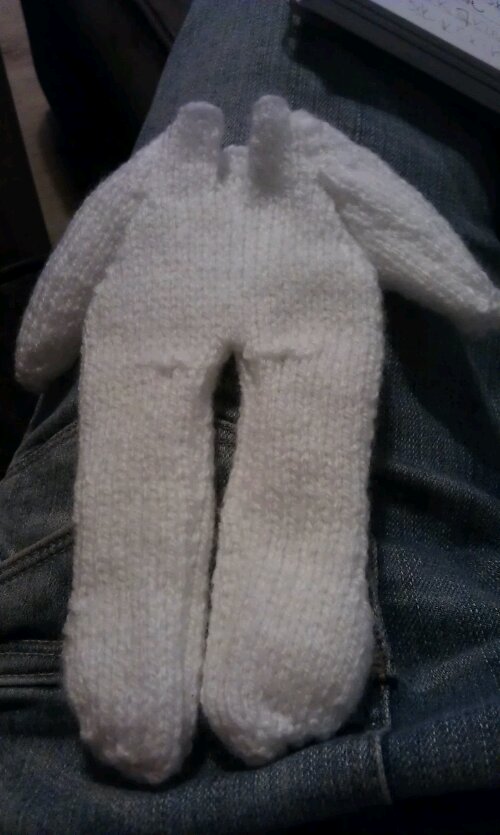 Two…….and then it starts to look like a little mouse in a big puffy snowsuit! 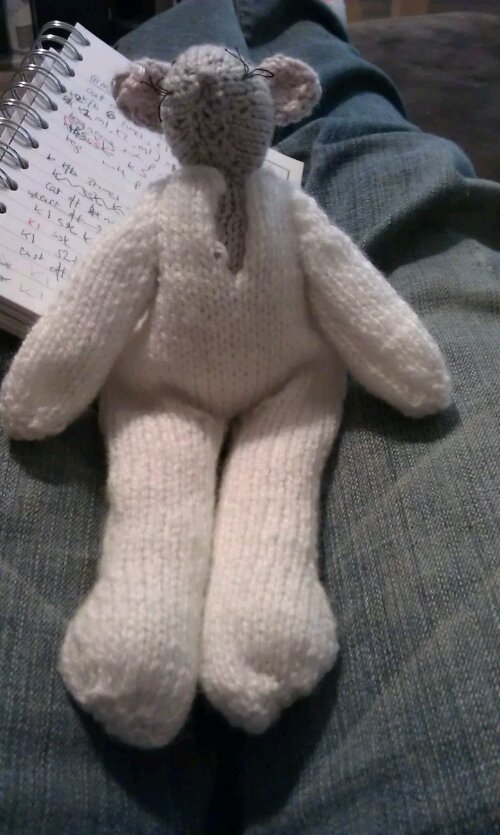 Then lastly, every snowsuit needs a hood to keep the ears nice and toasty warm!

join to the neck of the body, gather the hood with a line of stitching around the outer edge, then oversew the edge up the centre of the suit, and around the hood.

p.s. now the mouse finally had a snowsuit, I gave it to Saffy… in a box with the other outfits…