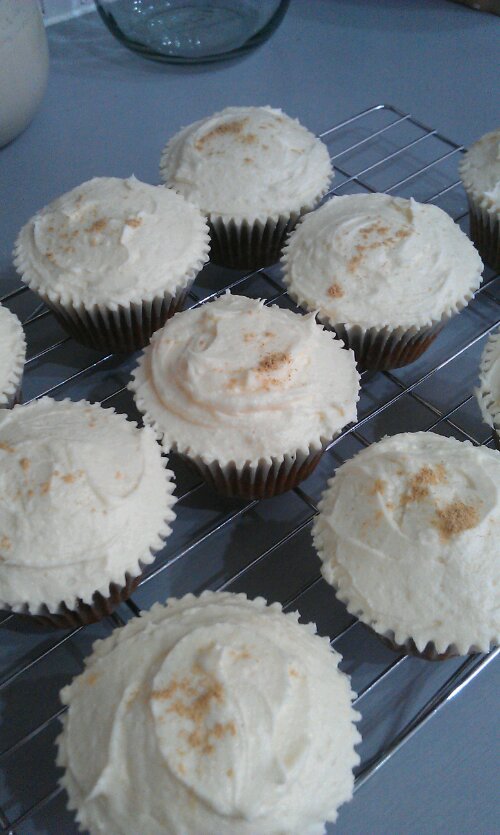 It is well known that I love to bake, and some things I make are more popular than others. Some things, can in fact, be used as bribery….. or incentive to get things done!

One of those things is Custard tarts…..

…after I made them the first time,  our IT guy couldn’t stop raving about them… muwah ha ha… never let them see your weakness Dave! I then made the Swiss Chocolate cake, Schokolade Kuchen, and while he was disappointed that it wasn’t Custard Tarts, he tried some anyway… and liked that too!

So then it was Dave’s birthday, (as mentioned before, when it is your birthday in our lab, the bringing in of cakes/ food is mandatory otherwise Cake Debt is incurred…. and you don’t want to be in Cake Debt) and instead of spending some money at a certain well known supermarket… he gave it to me instead, and requested I make some of his favourites…. ACCEPTED!

So I made custard tarts and chocolate cake, as I have posted about previously, then decided to make something Vegan friendly, as poor Hannah has been suffering from having lots of yummy things in the tea room of late that she can not eat.

This is a Moskowitz/Romero recipe that I have made before, it’s firey, yummy, and well worth making (I would probably do yourself a favour and just buy the cupcake, the cookie, and the pie book already).

3tsp ground ginger (yeah, it’s a lot… but soooo good! more is more when it comes to ginger in baked goods)

Preheat the oven to 180C/350F. Line a muffin pan with paper liners.

Add the flour mixture to the wet ingredients and mix until just smooth. Fold in the crystallized ginger. 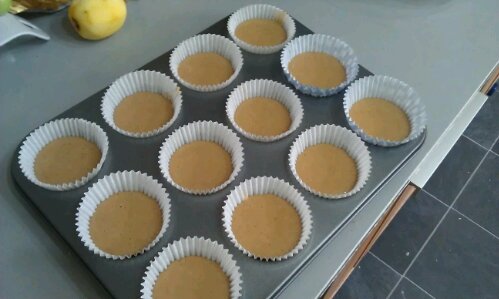 Transfer to a wire cooling rack, and leave to cool completely before frosting.

In a bowl, cream the shortening and margarine until well combined. Add the icing sugar, lemon juice, and beat well with a handheld mixer for 3-5 minutes until smooth, creamy, and fluffy.

Frost the cakes when cool according to preference (my piping is rubbish, and I sometimes find there is too much frosting for the cake, also I like to ensure the whole cake is covered so it doesn’t dry out and disappoint like so many shop bought cakes!), I put mine on with a pallet knife, and have added a sprinkling of ground ginger to the top.

As already mentioned… they are delicious!