Ok, so you know I said I was practicing my cross stitching ready to make that Emma Bridgewater pattern…. 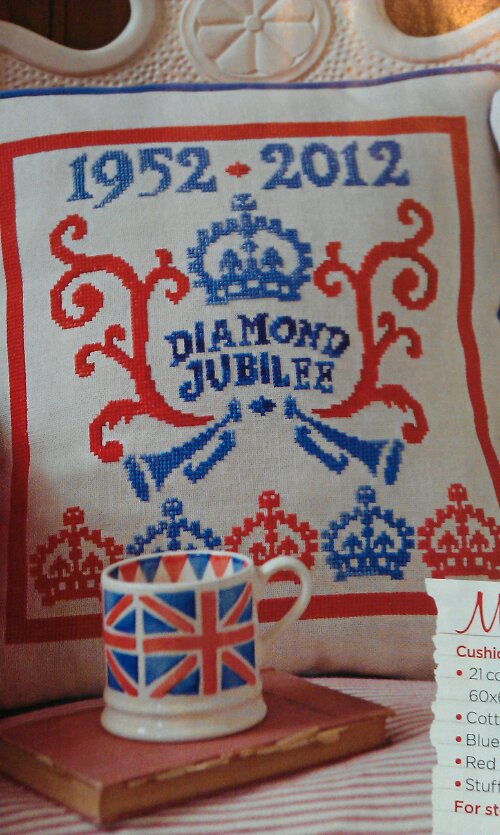 I finally bit the bullet, bought the threads (and some nice linen to sew it onto), and got on with it!

It started with something resembling Hieroglyphs….

Then once I started to add the other colours…

It started to come together! 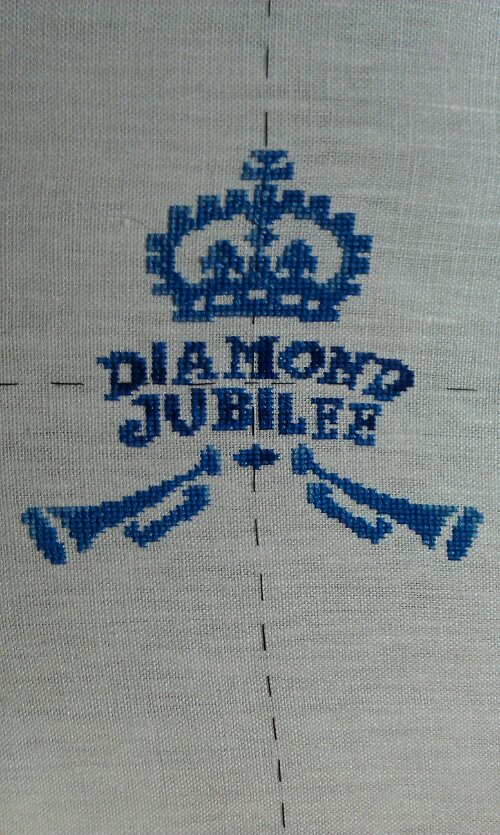 Next I added one lot of red.. 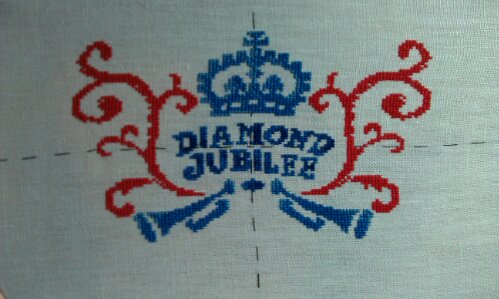 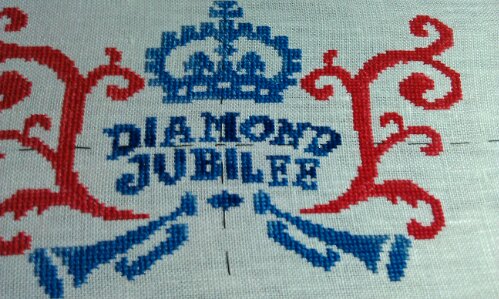 Then the other red…

Lots of changing of colours, and stitches here and there. But it’s coming along!

Then I did the numbers, one colour…. 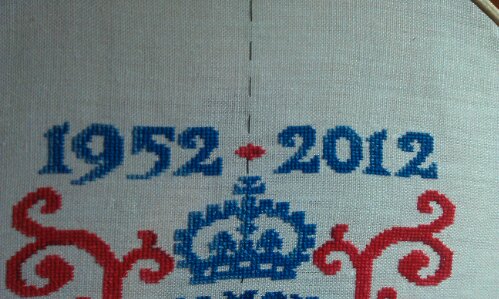 Then onto the little crowns in blue…. 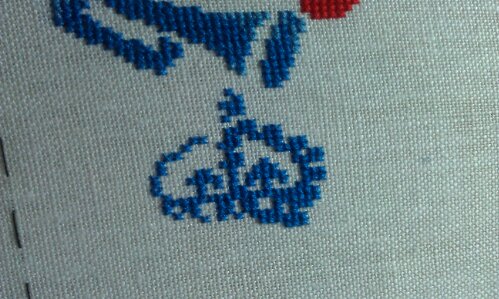 All in all there were 5 smaller crowns, 2 blue and 3 red. The red crowns were more difficult in some ways, as although the blues are very close in colour/shade, the reds are even more difficult to tell apart!

Then all the main detail was finished! Woo!

Just a case of doing the border and assembling it into a cushion! You know….. I think I might actually make the deadline! 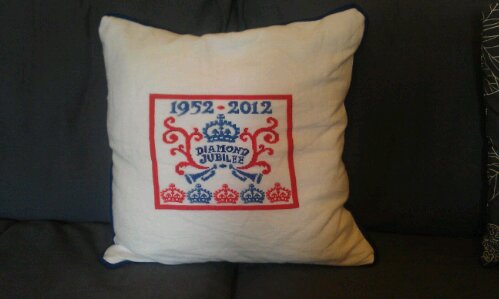