The CraftBaketacular: day 7 – the Spa, lunch, then Rosette making!

We got an early start on the day today, through the doors at opening time at Thermae Bath Spa, 2 hours of relaxing on foam noodles. Lush.

Then further enjoying ourselves with lunch at Demuths, Asparagus with Potatoes, Cheese, and Salsa Verde, then home to start crafting!

These little lovelies were inspired by an item in CrossStitcher magazine, giving instructions to make a simple rosette. The other day we started the process of making rosettes by making the centres by cross stitching onto felt.

I trimmed and then mounted the cross stitched felt onto a contrasting piece of felt using a glue gun, and trimmed again.

I then took some material and cut a circle twice the diameter of the centre, and stitched running stitch around the edge.

Then I used a few dots of glue to stick the gathered edge to the back, and glued the centre to the back. 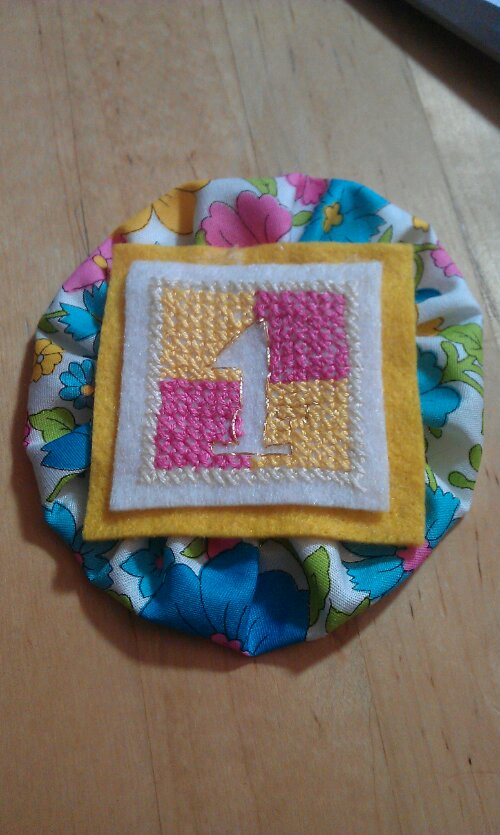 To finish it off, I used a small strip of felt to hold a safety pin to the back of the rosette. 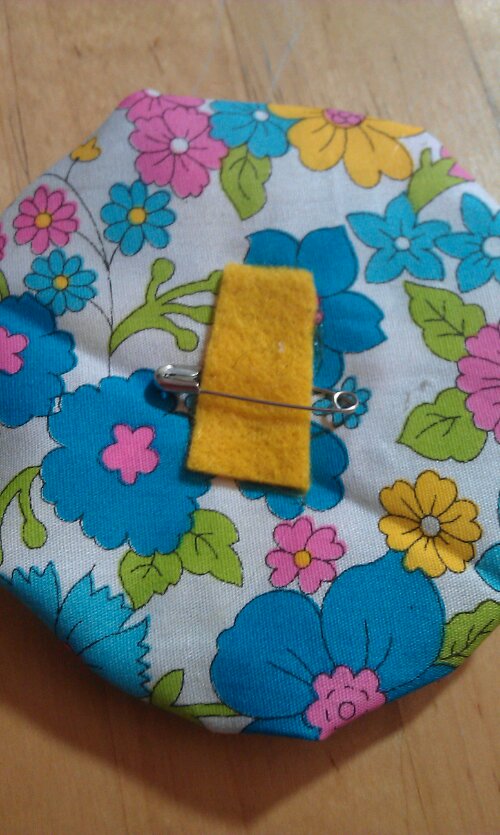 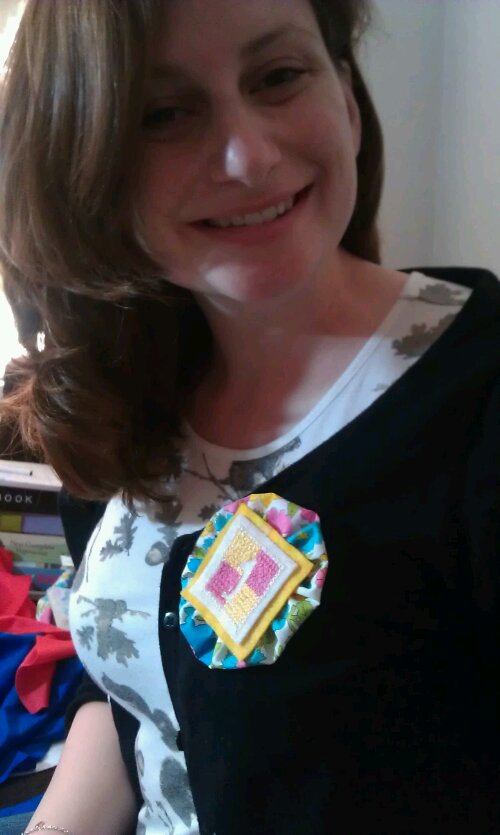 So that took care of the sweet category prize, we then made the savoury rosette. So first, it was trimmed… 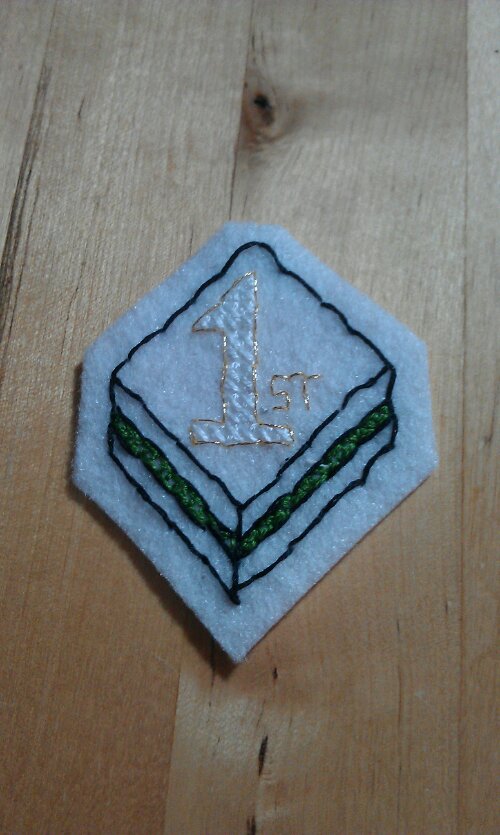 Then I did a double layer of fabric backing…

I was enjoying playing with the glue gun, so I also revisited my Union Jack cross stitch, glued the edges into a neat rectangle, then mounted it on felt. 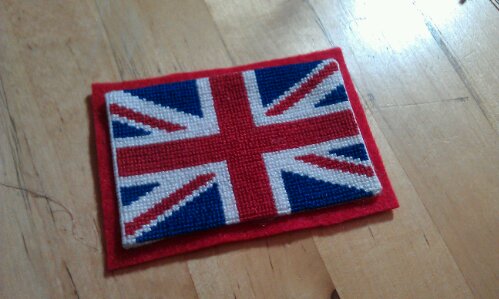 Then I gave it the same treatment as the savoury rosette….

What a splendid hostess rosette! 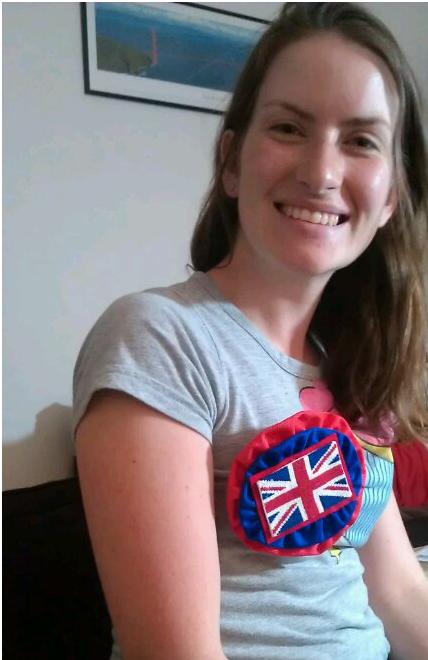 You think I could be the hostess with the mostess?

← The CraftBaketacular: day 6 making the “In the Night Garden” cake.
Parsley Pinwheels →