I get carried away sometimes. I get too excited, I like to give presents, in fact so much that often I give things for no apparent reason, or give birthday presents early just because I am overexcited, or they have had a bad day…. or it’s Tuesday….

The upshot of this is that I had bought a little gift or two to go with Mr M’s main birthday present, one he guessed (hmmph!), and another I gave to him early when he had had a bad day to cheer him up (it worked), it was a little kit from Purple Thread Designs of a Stormtrooper (he had been continually asking me if he could have a go at my cross stitch, so I thought I would get him one of his own!), and while his brother will be disappointed in him…. He finished it!

So, I decided to get craftastical and make him an iPad case. I used this tutorial as a guide, but I wanted to design something not too girlie but fun, and… well…. him.

So I took this image:

And traced it onto paper from the computer screen… 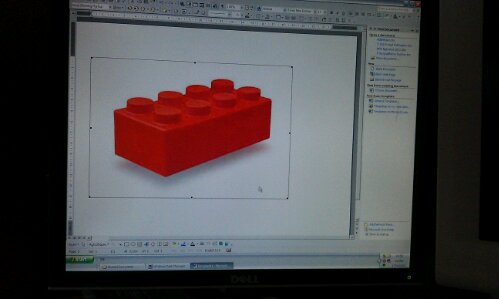 Then broke it down into a backing piece:

…and then each bump on the top of the LEGO piece was cut out separately..

Each bump was then attached to the backing using felting needles..

I then turned it over and drew on lines for where the details of the edges of the brick should go.. then sewed along the lines using a double strand of thread. 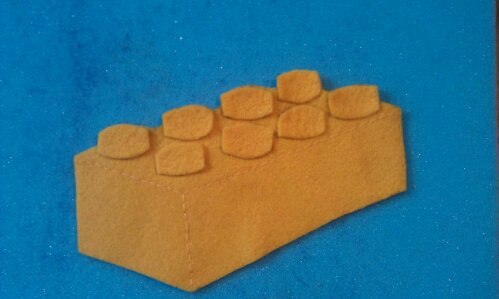 The main part of the case was cut out using the size of the iPad and smart case as a guide, two pieces of felt for each side. These were needle felted together, then the LEGO piece attached.

I sewed around all the other details with a single strand of thread, to make sure it was well attached, then assembled the front and back complete with loop of felt and button to fasten. 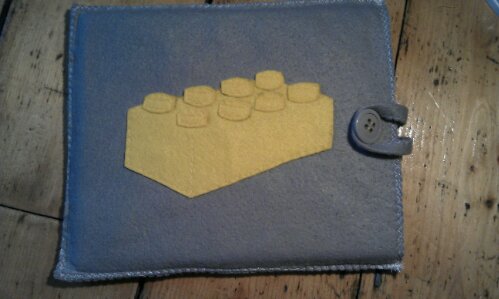 And for the other side? I used my letter cookie cutters as a template, and cut out letters from white felt, attaching them purely using needle felting.

Note: if I was to make it again, I would do my embellishment, and attach the loop, then felt the two pieces of front, and two pieces of back together so that the stitches are hidden. Alas…. one does not ponder these things until it is too late!

Note 2: I ended up giving him it a day early so he could play with it, we’re having people over for a thing tomorrow, so I knew he would be itching to play with it!

Note 3 (updated 24/06/2012): I also made another case for my friend Ashlei, but didn’t want to upload a picture until she had received it: 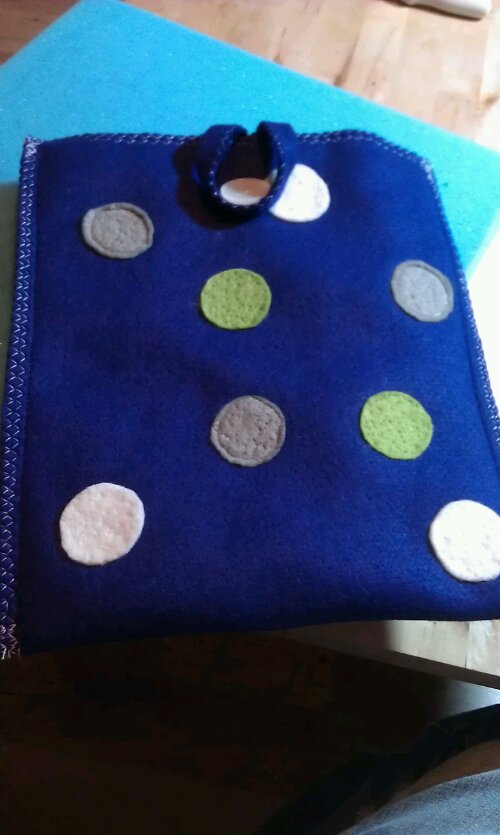 ← My first foray into Needle Felting.
A birthday cake for the Birthday Boy! →