It almost seems like a waste of an afternoon off, when the rain is pouring down, and it’s super miserable outside.

However, we have had excitement today! Part of our laboratory at work has been out of action for about…. 6 months (!) or so, which has been very annoying. Today, the work is finished to repair it, and the men with the smoke came to test it.

In this little room, we do lots of work with nasty little beasties like this: 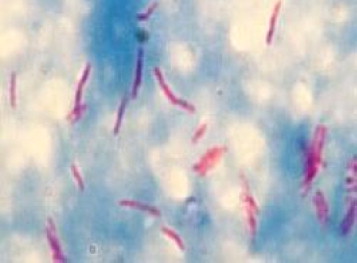 So…. I decided to recreate this in icing and make some cakes!

First off, to create the background, I took some white fondant icing, and added a little baby blue colouring…. 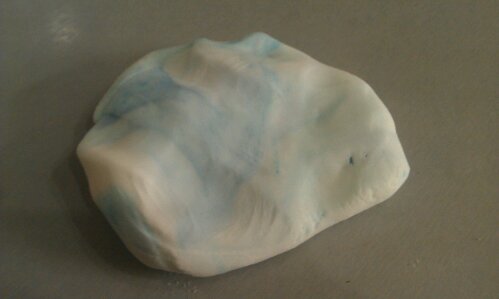 But not totally mix it in…. Still leaving some white bits, with swirls of blue. Then rolled it out: 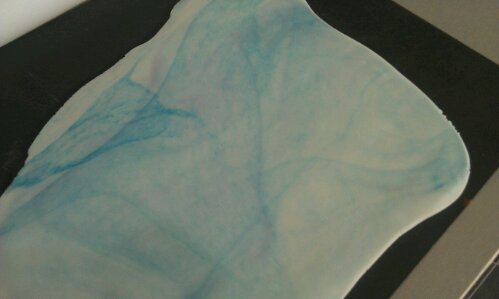 I then used my smallest circular pastry cutter to cut out some discs of icing: 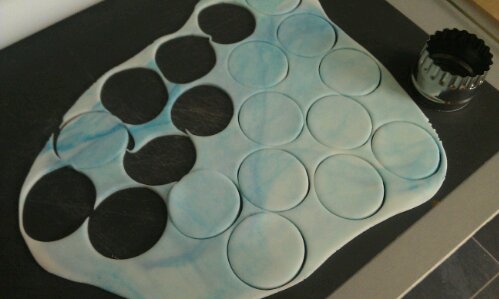 Then laid them out on some greaseproof paper to dry out a bit. 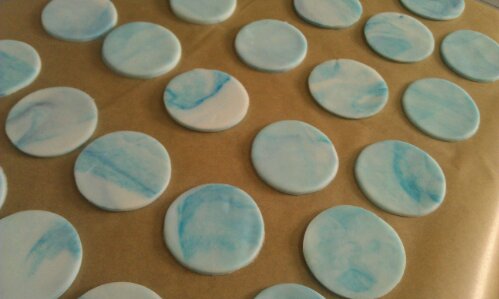 I did try adding a little blue edible powder, to enhance it a bit, from this: 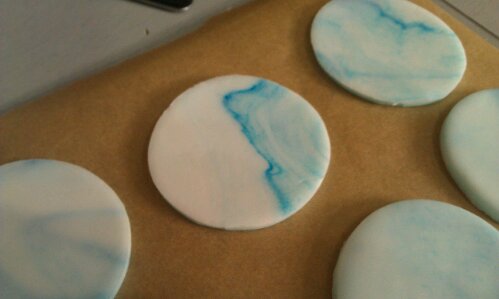 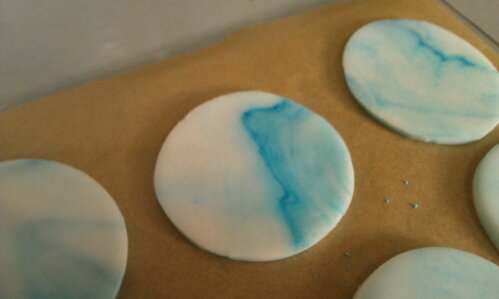 But then thought it didn’t add that much so didn’t bother with most.

Next, I made some royal icing, as intensely pinky-red as I could: 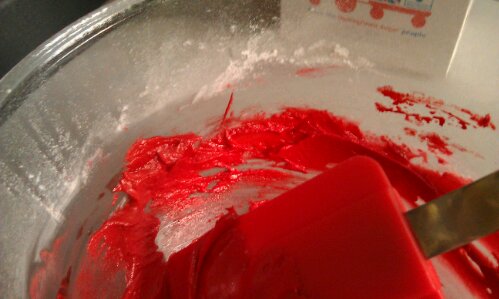 …and piped little Mycobacteria onto the discs! I used a greaseproof paper cone, and a number 2 metal tip, which was the smallest one I had. 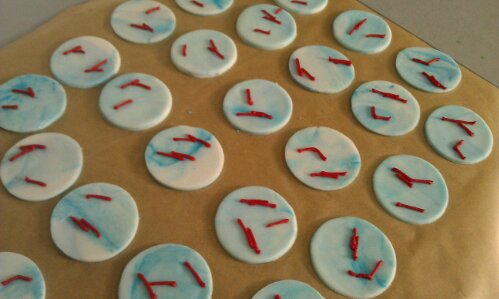 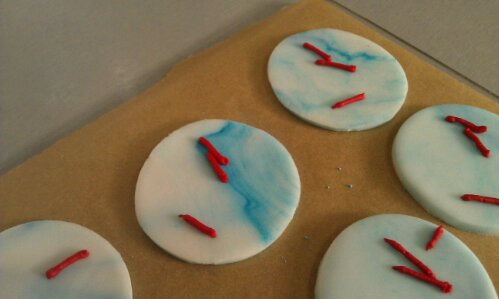 Them discs have tuberculosis!

I put them on some simple cupcakes, piped with a little blob of blue tinted buttercream using a large star nozzle, and took them into work. People laughed at my nerdy attention to detail, but enjoyed them. 🙂 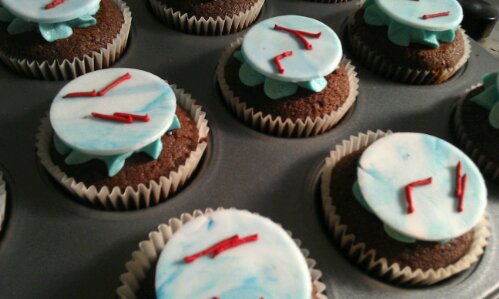