This project was based on a wedding sampler from CrossStitcher Magazine. It is also part of the reason I haven’t posted much lately, as it was a fairly big project, designing, stitching and then finally getting it framed, and was done as a surprise for my lovely Mr M. 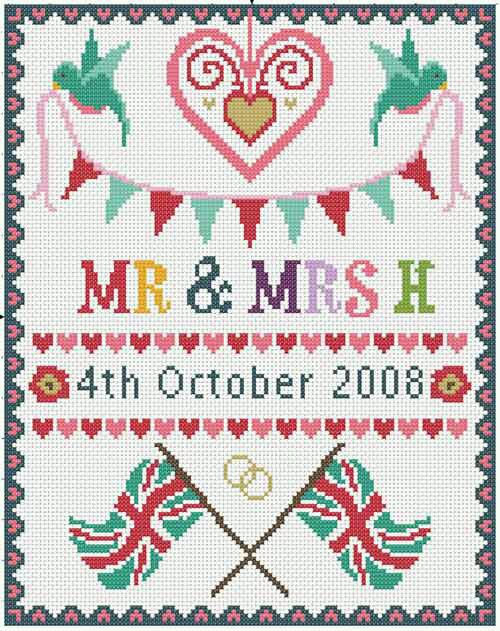 It was published around the time of the Royal Wedding last year, as both a commemorative project, or one you could stitch for yourself. (p.s. it’s also available to purchase here)

It was cute. It had bunting. Both very crucial things. However, it had some bits I didn’t like: the random splodgey bits either end of the date; and the heart shaped bit in the middle at the top.

So I re-drew the pattern, taking aspects of other things, like the sunshine pattern…. 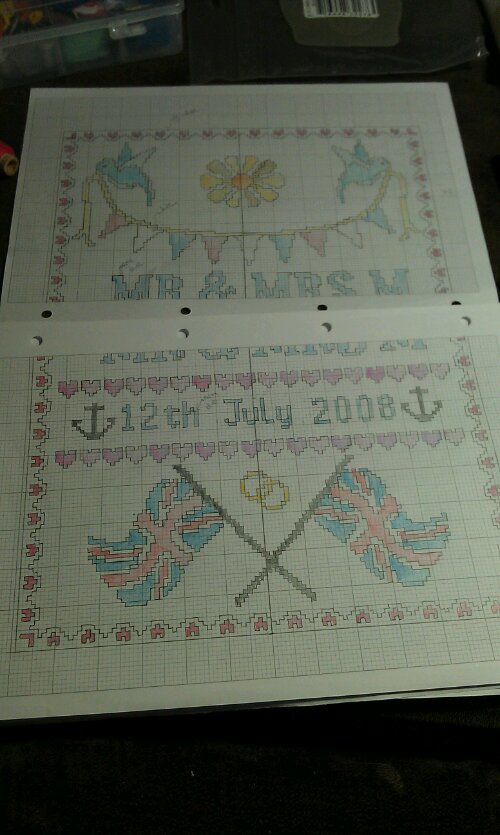 and I drew some Anchors to replace the splodges.

(We got married on a boat) 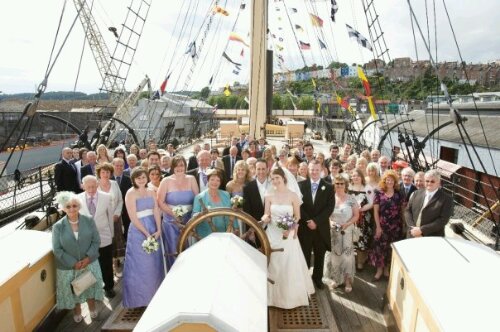 I happened to have some natural-ish coloured linen evenweave fabric, which I thought might set off the colours nicely, and lots of bits of different coloured threads from old projects. So started off stitching! 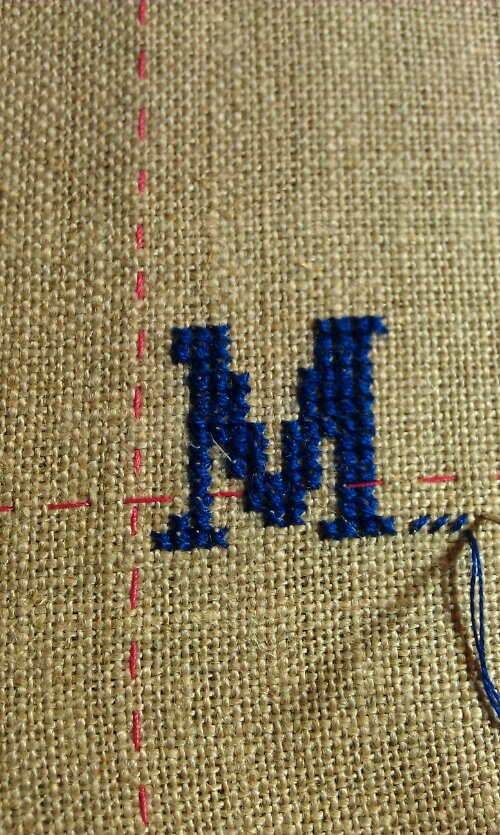 I stitched my centre lines in, then started from the middle outwards. 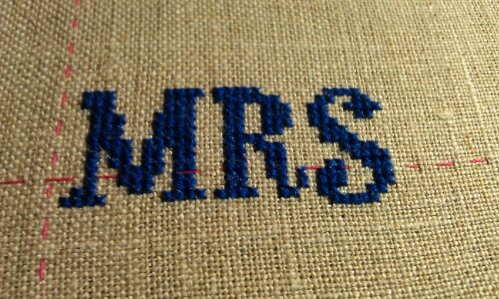 Once all the big blue letters were complete, I started the flags of the bunting: 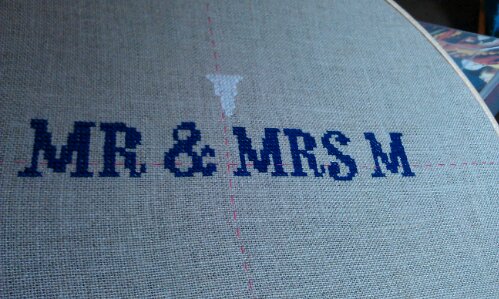 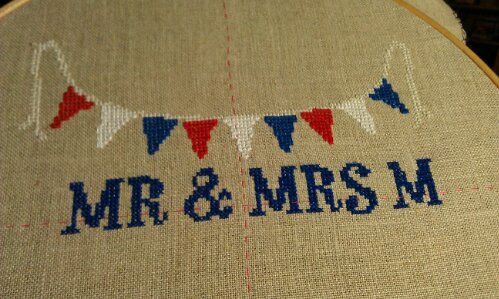 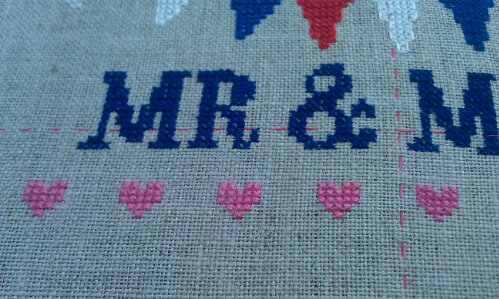 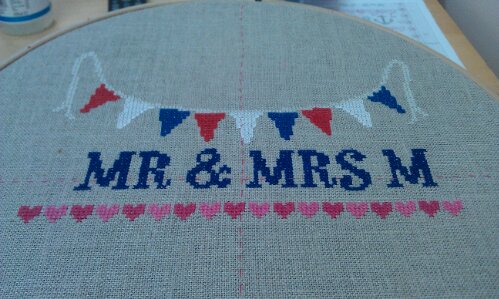 ..and the the anchors… 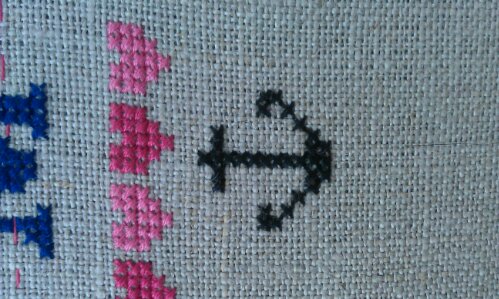 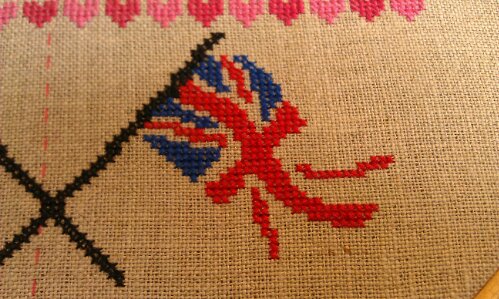 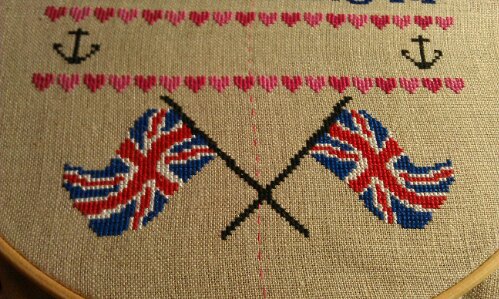 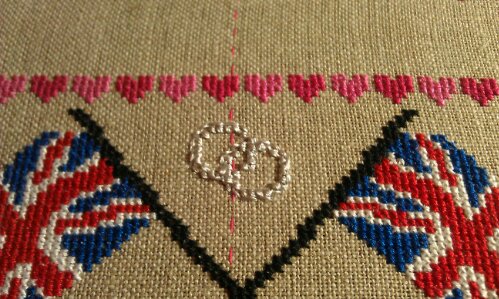 Then, I added the date, and then started on the outer lacy border….. 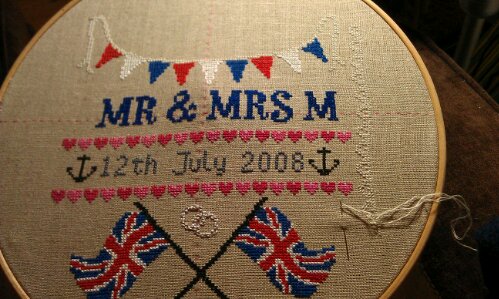 …..because then I started thinking about substituting out the birds for something a little closer to home….

To begin with I had thought about it in passing, but thought it might be tricky…. But then someone at work suggested it too, and so I considered it more closely….

I did a quick search online for cat cross stitch pictures, but none of them were quite right.

Marcie (or to give her her full title, Serratia marcescens) was easy, she is little and black, with a long skinny tail: 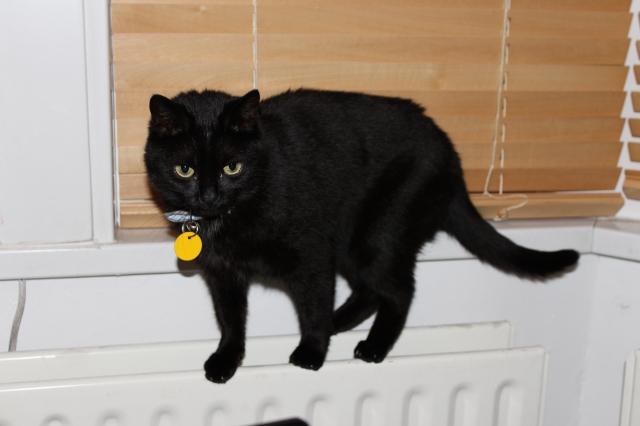 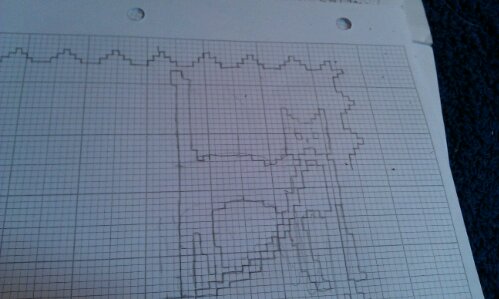 Linux, well he was more tricky. He is white and black, with quite particular markings. After I had chased him around for a bit, he got bored, plonked himself down, and in doing so gave me a good shot of a particularly Linux-like position to draw him in: 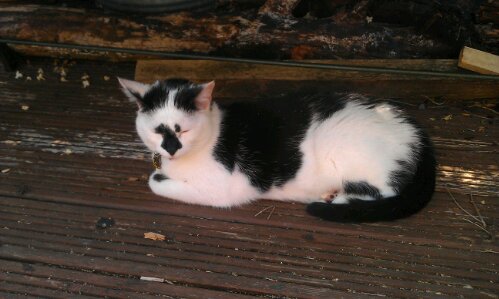 So I drew the outer shape first: 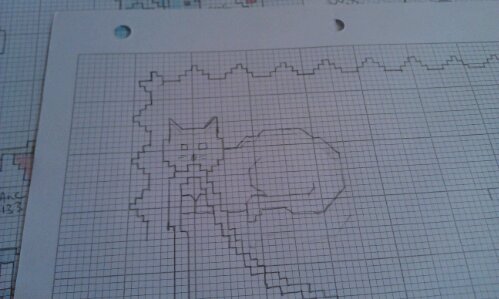 …then filled in the markings on his fur. 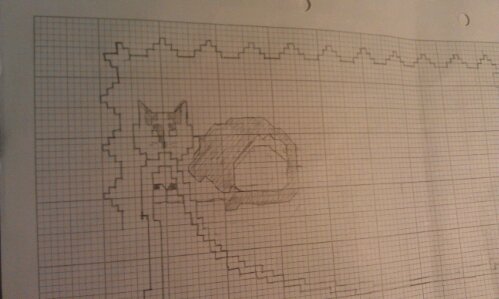 Then, this is where I started forgetting to take pictures…. So here are those bits completed (looking a bit reflective as it’s now framed with some shiny glass) 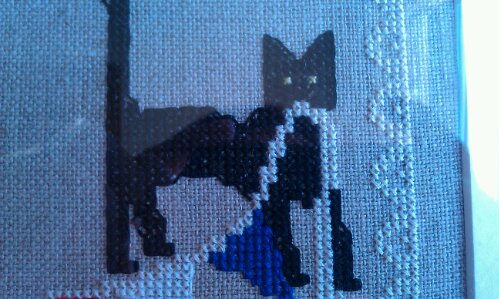 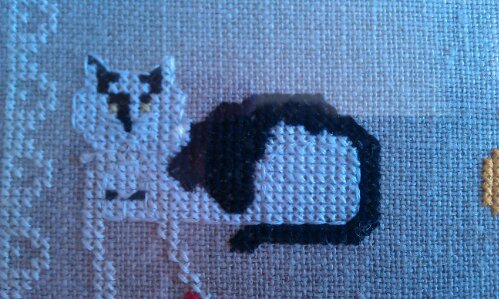 Then in between the two cats, in place of the heart on the original, is a little Sun: 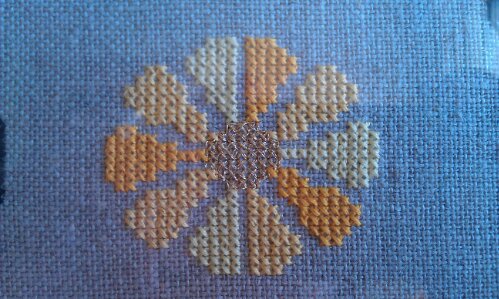 Then, I have to admit, I wussed out of framing it myself. I didn’t have a lot of fabric to play with around the outside, so I thought I would give it to a professional!

I took it to Niche, and got them to stretch it over a board, mount it, and frame it. 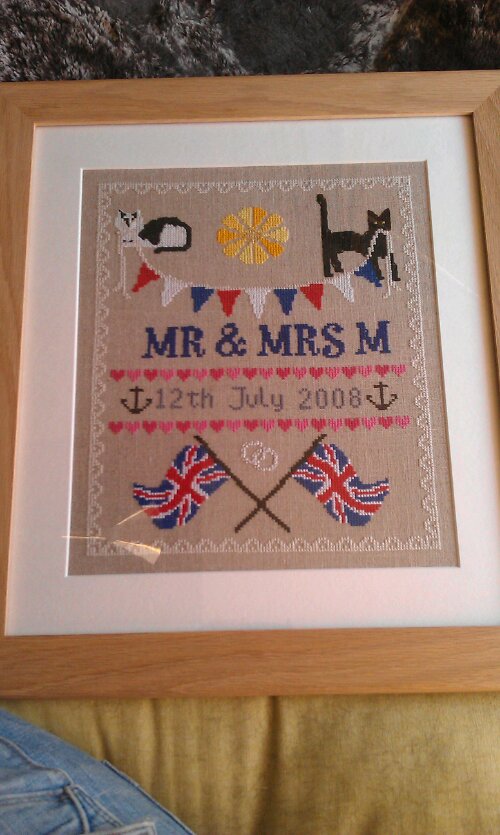 And Mr M? Well, he didn’t know anything about it! So he was both pleased and surprised! I had been covertly stitching at work, at home before he got home, while he was busy…. So I had managed to go the entire time without letting him see it!

Overall I’m pretty pleased with it. I loved the original pattern, but by adding a few little changes I think it has made it much more personal to us, so even better!