Woo Fancy Dress!
The thought that always goes through my head whenever someone suggests themed Fancy Dress parties. We tend to go all out for them, and mostly make it, or some portion of it.

When I was researching dresses in the 20s style, something twigged in the back of my mind, and I realised that actually, I already had a dress that would be pretty perfect, which I bought from TK Maxx for a work related Christmas do about 5 years ago.

I have to admit that I was disappointed. I had no excuse to make one, given that I had a dress, and even some shoes that would do (although they do have a wedge heel, which wasn’t very 20s).

But accessories! I needed accessories! I knew from previously, when I wore a fringey 20s flapper costume for some pictures for my friend’s costume hire business:

…that I needed a beautiful headdress.

So I paid a visit to my usual source of costume related accessories (Primark) and picked up a few of these:

I tried this in two different ways, and will describe both.

First I took some elastic and wrapped it around my head so that it was a fairly snug fit (I needed this for what I was planning to do with my hair), and pinned and sewed it into a loop:

Then I took some ribbon: 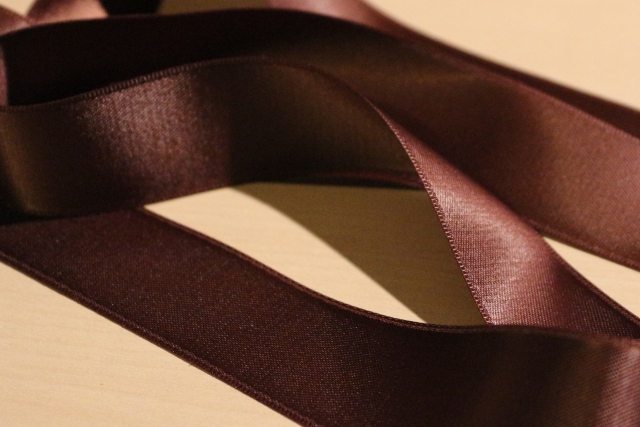 ………….and sewed two strips together along the side: 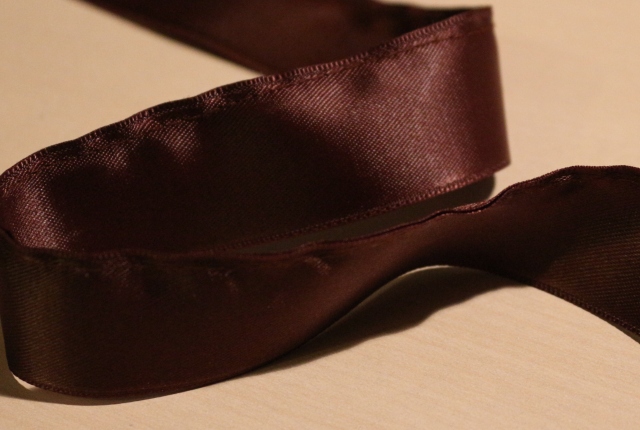 Then put the elastic in between the two strips:

…and sewed along the other side.

(Yep, that’s the authentic nicotine/70s cream look I’ve got going on with my sewing machine, it was my Grandmothers)

Then I trimmed the edge of one end, and inserted it into the other end and sewed them together: 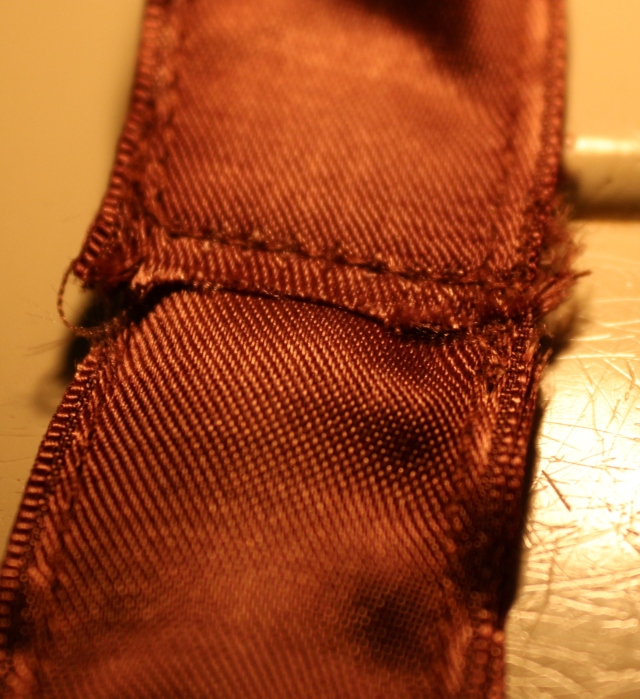 Neat right? It’s ok, that would be covered up so it’s ok.

The other way, I just took some thinner ribbon, and some skinny 1cm(ish) black elastic, and sewed the ribbon onto the elastic (stretched) using zigzag stitch.

Then I played around with some feathers and bits to see which one I preferred:

In the end I preferred the thin one, so next I tackled the other bits.

I got this little pouf of feathers:

Removed the feathers, and took the ring part off the back of one of the Primark rings. Due to the high quality nature of the item (ahem), it came right off.

So then I used my glue gun to attach the feathers to the back: 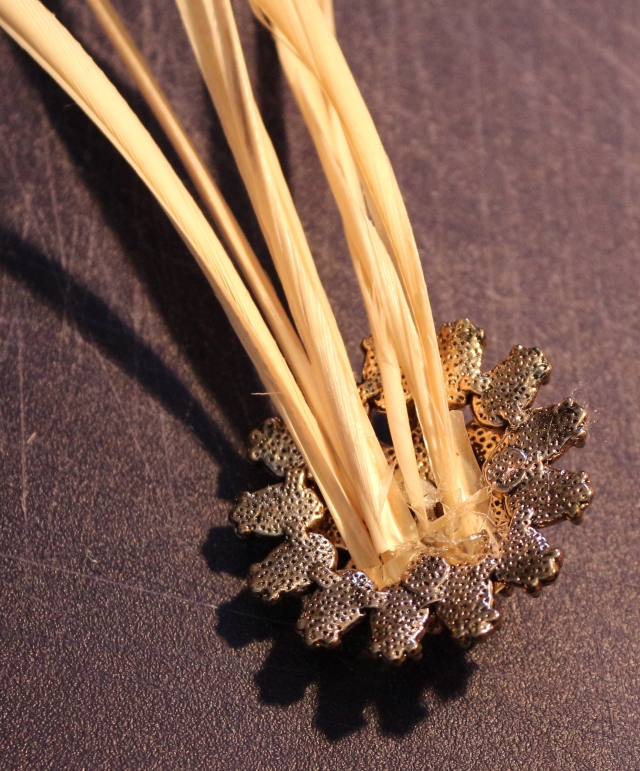 To attach it to the headband, I just sewed it on, using the gaps between the pearls as places to anchor it:

For the brooch, I took part of the ring assembly off the back, but left a little bit:

I used my glue gun again to secure it the the outer edge of the design, and to make sure there were no rough edges, then just attached a safety pin:

The hardest part was to come.

I really wish I had my own personal hair and makeup person.

I never wear makeup except for fancy dress.

I generally don’t even dry my hair when I get out of the shower.

I needed to channel my inner Clara Bow.

I had this book. It covers a whole range of different decades of make up looks, although doesn’t have a massive amount of detail for those who are useless with make up like me. I also have the one for hair, but for the 20s it’s finger waves and I so wasn’t going there.

Hairwise, I curled my hair using heated rollers, and pulled the curls up and tucked them in over the top of the headband at the back.

I think I did pretty well!

Definitely the most glamorous I’ve ever been (except for my wedding day perhaps). Although the hardest part, for me at least, about being a Moll, was trying to work the Moll facial expression and not smile too much/giggle/generally look too happy. Here is me trying to at least keep a straight face, if not attempt to look smoky eyed and moll-like.

We just added a bit of trim to the hat. Job done.

Here’s a little picture from later…