For me, there was only one option as to what I was going to make this week as we do love custard tarts here in my workplace, although, it’s a bit of a cop out as I’ve made custard tarts before. But I thought I would give Paul’s recipe a go, see if there is any difference to the ones I have made before.

You can find the recipe here.

I tried to work on the finish a little this time round, previously they have been all kinds of tasty, but a little lacking in finesse, so I tried a bit of fluting on the pastry…. Not so successful. 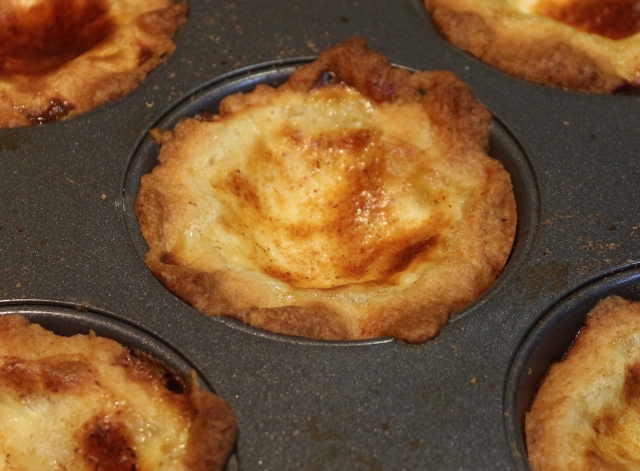 I also found the pastry a little difficult to work with, it was quite soft, perhaps due to the addition of ground almonds. It also had more sugar in it than in the previous recipe, which may partly explain the darker colour after baking (although I think I also baked them a little too long)……. and they were somewhat difficult to remove from the tin! 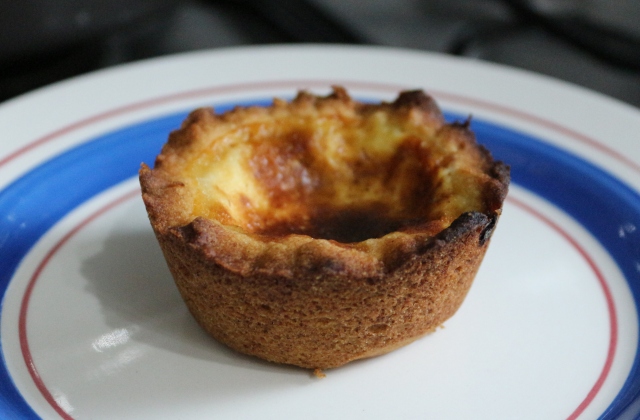 Overall, they tasted ok…. but I prefer the other recipe, the custard was a little bland in comparison, perhaps as in the previous recipe it is part milk, part cream, rather than all milk, and I think it shows. 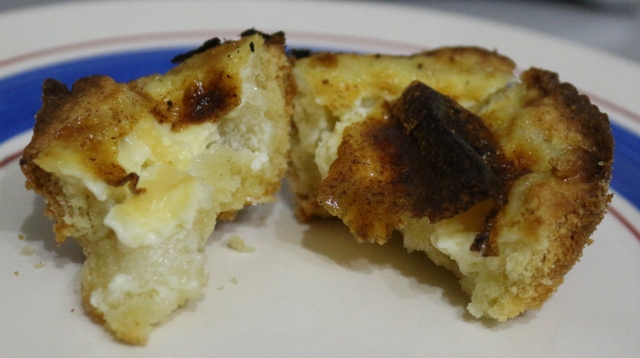 This week I’m not bothering to submit them to the Bloggers bake off…as well, they just weren’t that exciting! Perhaps I shall feel all enthusiastic about pie later in the week and get my pie on, then I shall get involved! I did however, take them into work and my coworkers were not so bothered as I about the flaws in the pastry, stuck them in their pieholes, and said YUM!