That most common of all cake ingredients.

I first heard about Marian Keyes’ Recipe book when I read about it in the Metro. It also reprinted this recipe, and I took a picture of it with my phone… but only realised later that it hadn’t come out well enough to read ……and by then all the Metros had been recycled… alas it meant I just had to buy the book ;o) (sorry husband, please can you bolt another shelf to the wall for my ever expanding book collection?)

So it was number one on a fairly lengthly list of things I wanted to make from it. It’s a lovely book, a range of abilities catered for, and although the reason/ basis for the book is fairly intense, it is dealt with in a straightforward, honest, and all -round Marian Keyes sort of way, and accompanying each recipe is a short introduction from Marian….. freaking hilarious! Depression is a scary thing that can happen to anyone, at anytime, and for any reason, and I love that something so simple, such as baking a cake by concentrating on each step and working your way through it, can have such an impact.

It doesn’t necessarily have the most straightforward of ingredients, Tahini is sold in most big supermarkets now I think, but Date Syrup? Not so much… but then I happened to go to The Better Food Company yesterday, and there it was….. 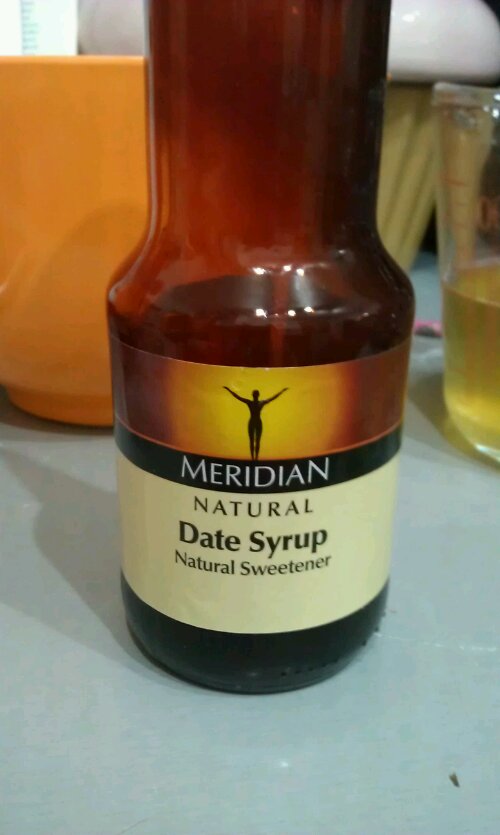 ….straight in the basket it went, ready for when I next had chance for some baking… but then I was still missing the Pears… until I wandered to the shops to get eggs for Mr M’s breakfast this morning and just happened across a tin of pears in juice. All was ready… time to bake!

150g pears, peeled and chopped into 2cm cubes (mine came out of a tin)

250ml apple juice (I used the juice from the tin of pears, and then topped it up with apple juice)

Grease a 25cm cake tin and line the base with baking paper. Preheat the oven to 170C/325F

Pour the tahini into a bowl and beat with the date syrup. Add the bicarbonate of soda and mix again.

In a separate bowl, combine the flour, cinnamon, almonds, and diced pears. 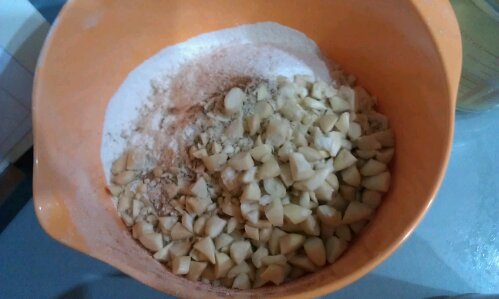 All the components assembled. 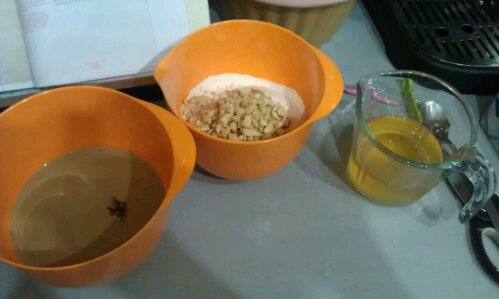 Add a third of the flour/ nut mix to the tahini and mix. Add half of the juice, then mix.

Add another third of the flour, mix, the rest of the juice, mix, then the final third and mix until combined. Pour the batter into the tin, and bake for 45 minutes.

(it takes a bit of work to mix together, I did it by hand because of the large chunks of Almond, and it was sort of like when it rains at Glastonbury on already soggy mud and the wellies then work the water into the mud… sounds appetitising right? But it all mixes together eventually!)

Looks like Chocolate cake…. smells quite different! After 30 minutes, drop the oven temperature to 160C and cover the cake loosely with tonfoil for the last 10 minutes (yes, it says 10 minutes, but surely it’s 15?). Remove from the oven and let the cake cool in the tin. 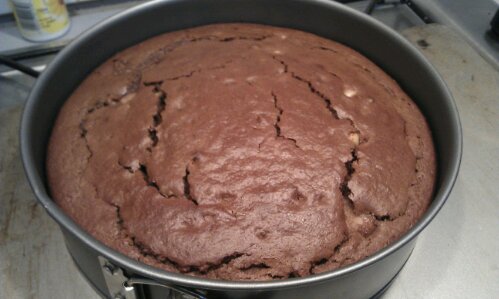 Then unleash the cake! 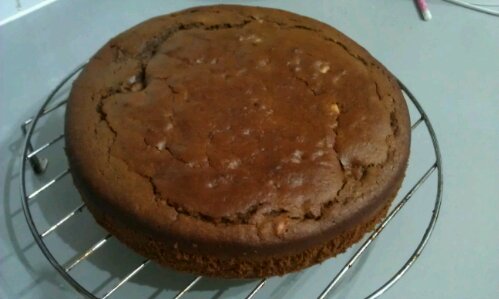