Up until about a week ago, I had never seen Star Wars. I know.

Mr M bought me these: 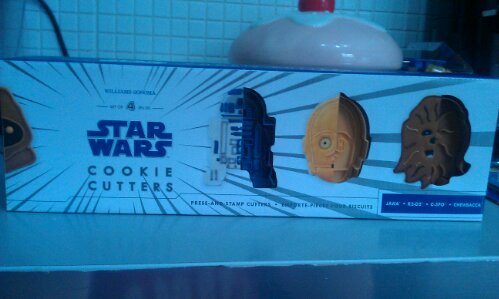 …so as part of my birthday stuff for work i decided to make some Wookies. Cue attempts to sound like Chewbacca……and utter failure!

Each time I take things into work I try to do some vegan stuff as part of it, a) because I like trying out new recipes, and b) so that Hannah can have some.

1/2 tsp each of ground nutmeg, cloves, and cinnamon (note: I don’t have ground nutmeg, only whole nutmeg, so instead of grinding nutmeg for ages, I just used some nutmeg oil that the parents-in-law brought back from Grenada, adding this to the liquid instead of dry ingredients)

In a large bowl, whisk together the oil and sugar for about 3 minutes. Add the molasses and soy milk.

Sift in all the other dry ingredients, mixing about halfway through. Mix until a stiff dough is formed. Flatten into a disc, wrap it in plastic wrap, and chill for an hour.

On a lightly floured surface, roll the dough out to approximately 1/4 inch thick. 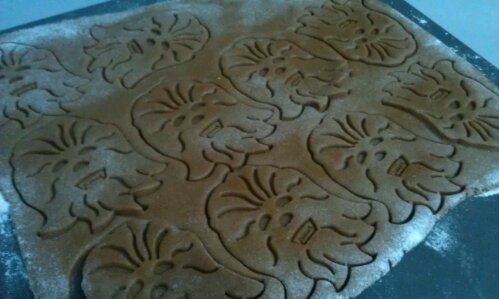 Cut out your shapes with cutters and place onto the prepared sheets. 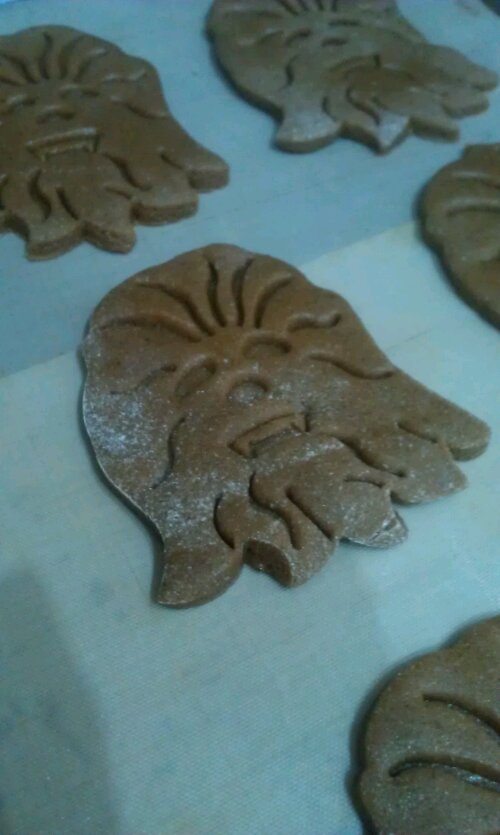 Bake for 8 minutes (note: this may change dependent on the size of the cutters used) 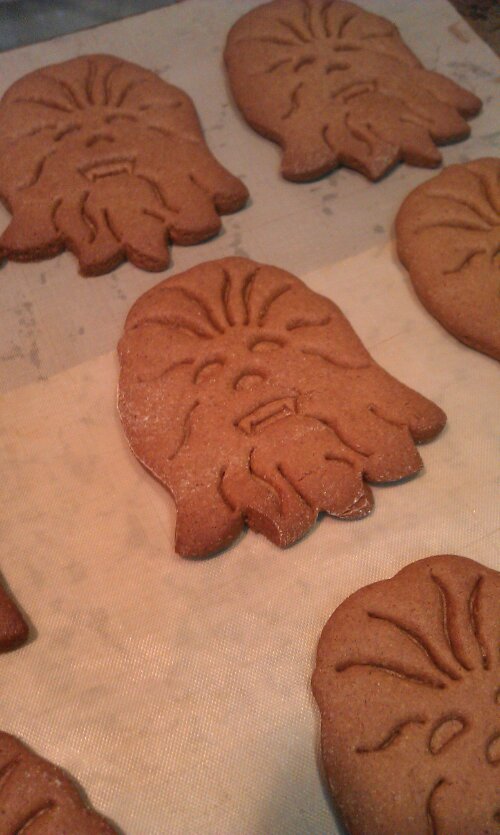 Remove from the oven and allow to cool.

Once completely cool they can be iced! However, I didn’t have enough time. Alas, he just has indented eyes and not iced ones!