A year ago today I published my first blog post. Just a simple little Hello.

45 of them included chocolate. At least 80% of them were probably fueled by chocolate. Or Chocolate Microwave Brownies….

Some major events have happened this year, for us Brits in particular we have had joyous celebrations of the Diamond Jubilee and of course the fabulous Olympics and Paralympics. On a closer note my friend Rivka achieved one of her lifetime ambitions and self-published some books, and I got to see most of my favourite people a little bit more this year – must do better! But what else happened this year? 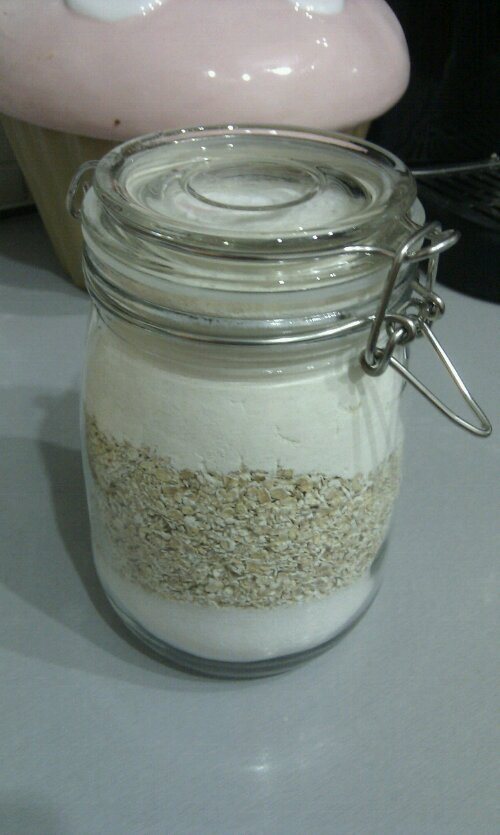 So this first month, I posted (the first of many posts) about my love of Hobnobs, embraced my sewing machine to make a bag and an apron from some old pyjamas, and also uploaded some posts about some a tank and a princess cake, a rat-tastic vegan cake and a pigeon costume I had made in amongst various other baking and cooking bits.

We also took a trip to Seattle to see our friend Ashlei, and went indoor skydiving, and skiing in Whistler (with an appropriately themed birthday cake for the birthday girl!)

At the beginning of the month I was still in the states, spending a few days at the end of our trip in San Diego, but when I came back it was time for some holiday baking! (We have to take in things to work whenever we have been away…. birthdays…. any type of anything – we’re a very cake happy lab) So I made Nanaimo bars, Peanut Butter Cup cookies, and perfected Macarons! Yey me! I also actually used one of my holiday souvenirs from San Diego to make some simple little stamped shortbread.

Most excitingly of all, I took the plunge and embraced knitting from a pattern to actually make something other than an Innocent smoothie hat and made this lovely little mouse for my friend’s baby (nicknamed mouse). Boooooooyaa! Take that knitting! I made something and it worked and everything! It also came with me on a trip to Tenerife with my family, it’s a well traveled mouse!

On our return from Tenerife, in fact that very evening, I decided that I would go and see my friend for her birthday the next day. Oh, and make her a cake too. Sometimes I should tell myself no, that it’s probably a silly idea and will lead to not a lot of sleep as I bake late then decorate early before driving all the way to York…. But I did it. She liked it. All was well.

I re-embraced cross stitch (with a little help from Crossstitcher magazine), did some baking, made a Roman Warrior outfit (as you do), received some Herman the friendly cake starter, and used some homemade felt to make a case for my iPod. 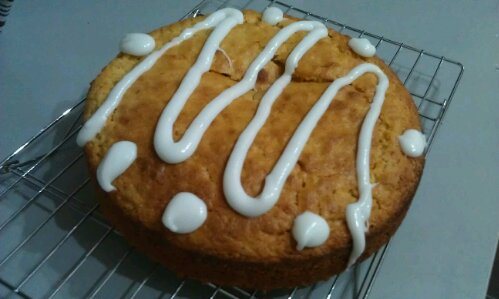 April was the proper start of the Herman adventure, I made the original recipe once I think, then mixed it up and made all sorts of variations! I also did quite a bit more sewing, both making tops and dresses, and more cross stitch making a union flag and a baby name sampler.

In May I did some sugarcrafting, I made some sugar roses with a bit of assistance from Anna Tyler Cakes, and also made some Haahoos (from In the Night Garden – I had to research this a lot!) ready for making a birthday cake for a one year old. Mother M loaned me a knitting machine (which I really need to practice with), and then the month was spent baking, including a whole load more Herman variations, and participated in the Skulls and Ponies Craft Swap! 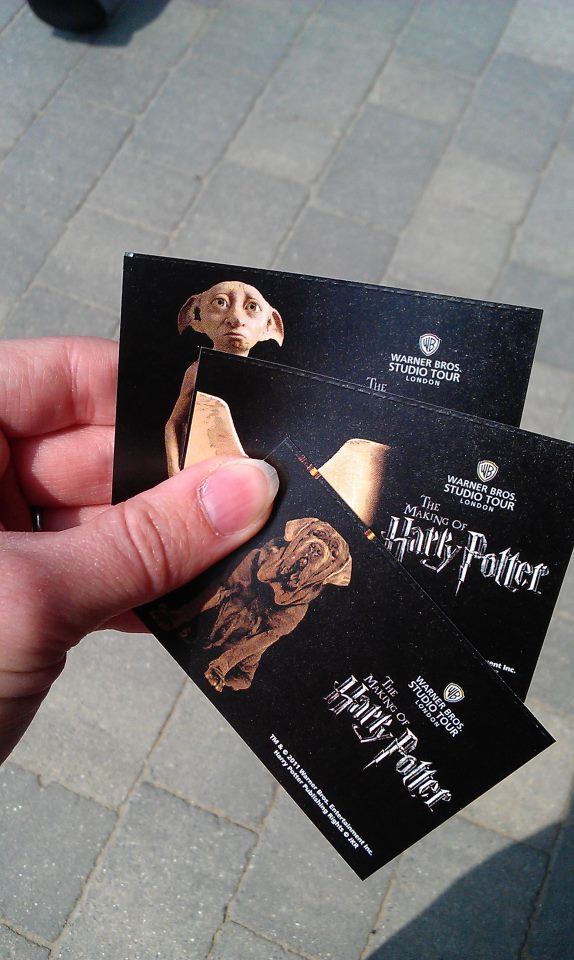 Also we had a bit of a Craftbaketacular, which consisted of me having my two best friends stay for a week and doing lots of fun things like baking, crafting, giggling, prancing… oh, and going to the Harry Potter Studio Tour! Squeeeeee! It was amazing.

In June I hit 100 posts, had a Jubilee Party, which involved prize rosettes and everything, and went to an apron making workshop. I also did some more cross stitch, and embraced some simple earring making, having been annoyed by being promised nickel free happy earlobe type earrings and yet again being let down by the presence of that pesky little element!

It was also Mr M’s birthday, so I made him a cake shaped like LEGO, and a LEGO themed iPad case. I know what he likes! Then made myself a Kindle case using a bubblewrap resist under the watchful eyes of my Rivka.

This month it was my birthday, I did some baking, sewing, and other gubbins, and also as one of my birthday presents I got a Hobbs House bakery bread making kit so I could make Sourdough! Umm… nothing really sticks out this month, other than I embraced my nerdy crafter self and made this cross stitch kit (and then did one for myself!)

This month I treated myself to a fancy new camera (that I still don’t know how to use properly….), made a custom wedding sampler for Mr M and I, made some nerdy bacteria-themed cakes, and had this super funny tale to tell of what happened to the Pigeon costume…..

It was also the start of the Great British Bake Off! Which was of course my cue to bake lots of super hard things and challenge myself! Ok, not lots of things, but I did end up making tarts, and bread, and doughnuts…….

In September we went to see Brother M in Plymouth, I did more Great British Bake Off themed baking challenges, and also took a trip to London with my Mum to go to the Cake and Bake Show at Earls Court,not as much cake as I was anticipating, but it did inspire me to make some new and different things, like actually making some caramel… and then salted caramel truffles (yum). 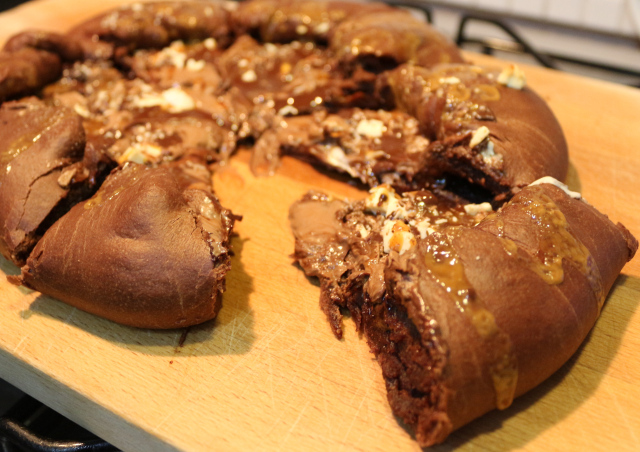 I made Chocolate Pizza. Enough said I feel. I also learnt the basics of crochet from Mother M, as an idea was brewing in my head for something, something that I an finally now, at the end of December, starting to finish off! I also pranced about in some more fancy dress, this time as a 20s Gangster’s Moll, more Great British Bake Off baking, some cross stitch, and some good old comfort food.

Almost there! This month I made some stuff, baked some stuff, but also went and played on a Segway PT in a forest in Surrey. Excellent fun. We also took a trip to Dublin to see my brother, where we seemed to visit all the Hipster hangouts (unintentionally – but what else is something when someone randomly breaks out their banjo in the middle of brunch?) Also a trip to Cornwall where I ended up totally lusting after some crochet wrapped stones. Yep. I am that cool.

This month was slightly annoying in that I was quite busy making things for Christmas and Birthday presents, Christmas decorations, Moose leaving gifts…. But of course couldn’t post anything until after the fact…… and everything seemed to take FOREVER (yes cross stitch, I’m talking about you!) So it did appear that I wasn’t doing much, whereas in fact I was always busy knitting, or sewing, or stitching…..