This weekend I went to work, had some lovely food at Hart’s Bakery, then went to a friend’s birthday BBQ with the theme of “Beardfest”. I took the crochet moustache off my neckwarmer and used double sided sticky tape to stick it to my face. It was quite the spiffy look. Today, we went for a cycle along the Bristol to Bath cycle path, had a Sunday roast, then got to some serious work………………………

For my friend’s birthday I popped a little homemade voucher in his card. It entitled him to a “Bake with Marsh” session, previously we have made Coffee Kisses, Goats Cheese Cheesecake, Hobnobs……………

He got to decide what to make.

They looked pretty hard on the show, lots of steps, fiddly, requiring a delicate perfectionist type hand…… which I do not have.

You can find the recipe here. There is also a recipe in the GBBO series 3 tie-in book, but it isn’t the same one.

Making the sponge is pretty standard, spread with apricot jam, marzipan, then sides coated with buttercream. 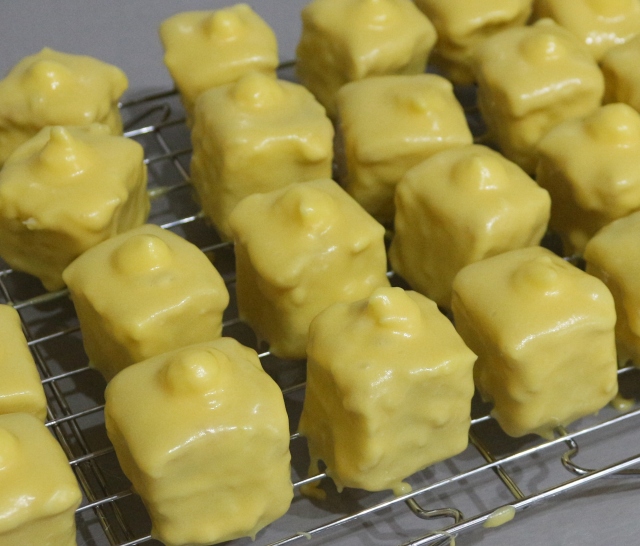 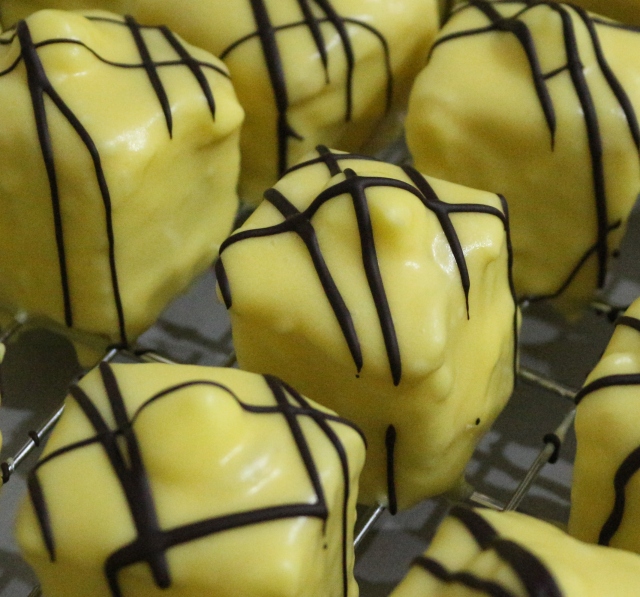 Make sure you chill as much as possible so the the cakes are firm, then they will hold together much better, and it will be much easier!

Leave plenty of time, the times quoted for the recipe are somewhat…………….. optimistic, and it will be much less stressful with plenty of time to chill the cakes properly between stages. Somewhat harsh to pick it as their final technical challenge!

Finally, for most of the process I thought that there was no way I was making these again, but actually, the later stages were much less stressful, and they turned out ok, but not perfect. I think the second time round, if I took time to make sure the buttercream sides were perfect, and plan in advance so that there was time to do all the chilling stages, then it would be much better. Also don’t be afraid to pipe some big blobs, as the icing will cover them up if they are too small, ours could have done with being larger!