An inverted pleat sorbetto to make Patrick and May proud!

So, the other week I made an inverted pleat sorbetto. It was lovely. I even made my own binding and sewed it to the inside to finish the edges off all nicely….. but then realised….. perhaps I should have continued the pattern across the pleat…..

I maintain that the pattern doesn’t necessarily repeat, because it’s a sortof tie-dyed batik repeat…. but really, I guess I should have!

When it came to the some of the other fabric that I bought at the same time, I was good. I continued my pattern across that pleat!

I made this on Saturday morning. I had been to a Pi(e) party the night before and got in quite late, but my cat decided to wake me up by vomiting on the floor in the bedroom, so I figured I would put my early start to good use!

To make sure the pattern continued properly across the pleat, rather than mess about with calculations, I just formed the pleat and pinned it in place, then used that as my fold line for cutting out the rest of the front piece, or as a pleat-line if you will:

Then continued on as previously. Once it is made up, then the pattern continues beautifully across the pleat!

I am sure Patrick and May would be proud. 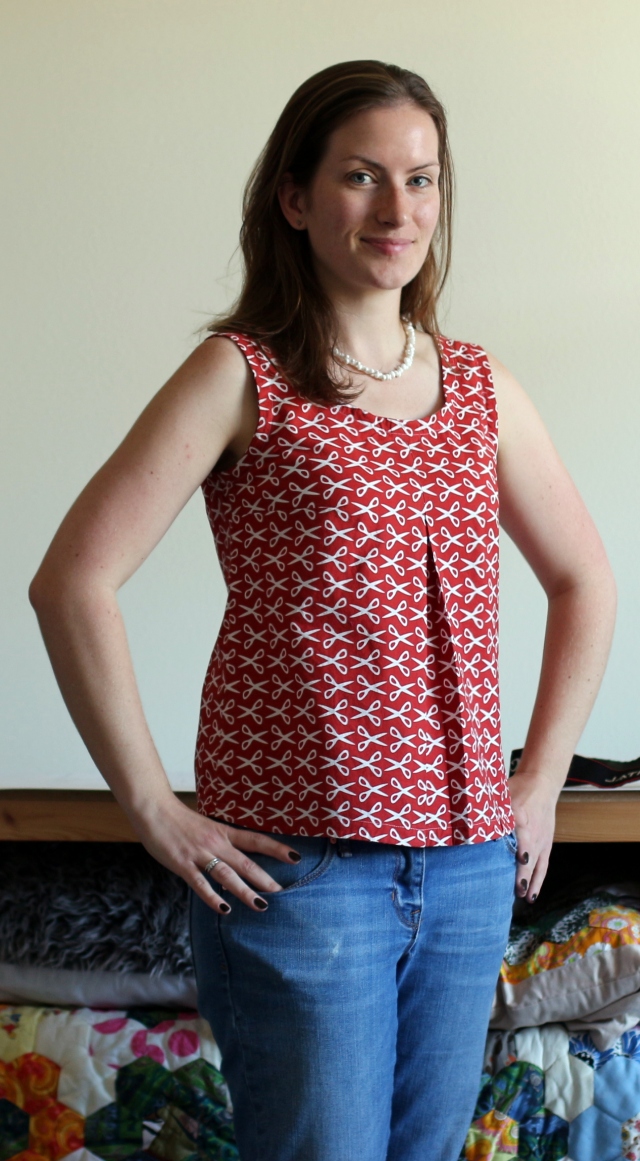 (I am looking very pasty in this picture, but in reality my freckles have suddenly exploded all over my arms and face! Time to break out the factor 50!)

I had some random leftover bits of fabric from this and some other projects, which weren’t really big enough for a whole lot. As I was cutting out (and not sewing it together yet as I was trying to be super quiet for those still asleep), I realised that I still didn’t have enough pattern weights! So I decided to cut out a whole load of squares, ready to make some from this tutorial, which I had pinned about a year ago, but hadn’t got around to making.

I made some at 2.5″ sqaure, then some at 2″ square (as you don’t want all big weights), and filled them with rice (my lentils are too valuable to me!) 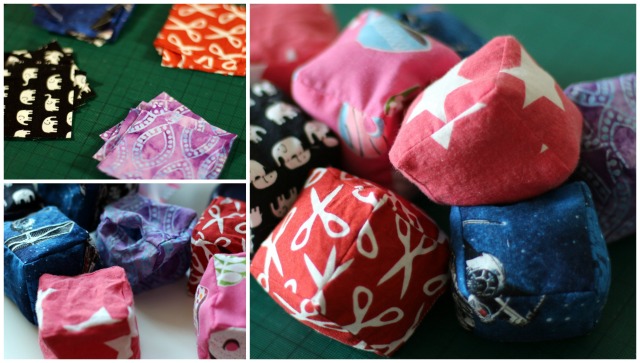 Mr M started juggling with them.

The good thing about them, is that they are a really good stashbuster, you can use all those little scrap bits of fabric… you know, the ones you keep in a box marked “small(er)” but don’t want to throw out?

Yey for more pattern weights! Those will come in useful now I have successfully accumulated all the relevant bits I need to finally take the plunge……. 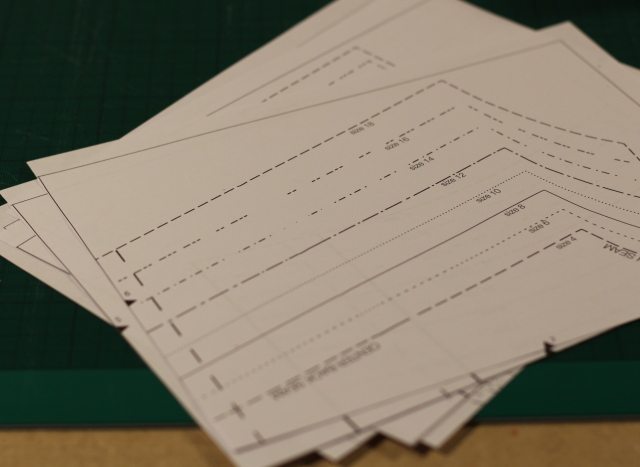