For a few weeks back in July/August (?) on Friday nights, before Great British Bake Off Extra Slice, there was a show on BBC2 brought to you by those sugar superfans Miss Hope and Mr Greenwood called Sweets Made Simple.

One of those show that makes you drool and want to make everything.

You know how it goes.

So while we were in the UK I picked up the book (obviously), and was eagerly awaiting the opportunity to try out some toffee making!

I even bought a new pan.

Oh yeah. This was serious business. That, and I had always found previously that it was kind of difficult to see the changes in the colour of the sugar in my non-stick pans against the dark background.

Anyhow, Mr M and I had our first, second, and third attempt last weekend….

Number 2, pretty awesome, but I left it too long before we started to pull and fold and so it was ROCK SOLID – I blame the granite countertop, I think it cooled the mixture much more rapidly than anticipated :o(

Number 3…… too pale, wrong consistency, we had a big row over it, didn’t speak for a few hours…… so we thought we would leave another attempt for another time!

This weekend I thought I would risk another attempt – batch number 4? Nailed it. 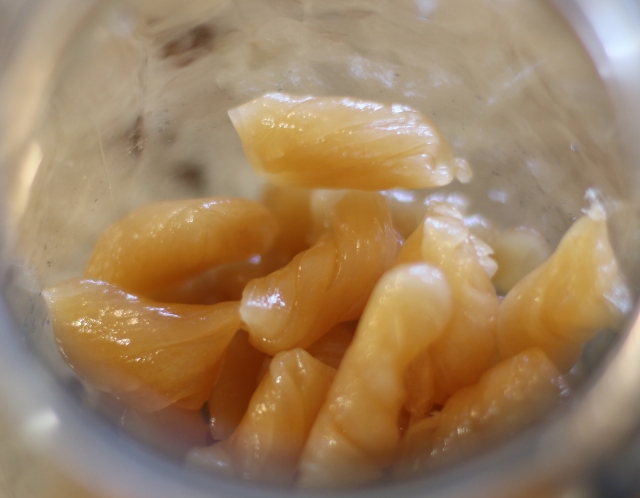 You can find the original recipe on the BBC website here, but I have copied it right here below, along with some tips that we found helpful through trial and lots of error! 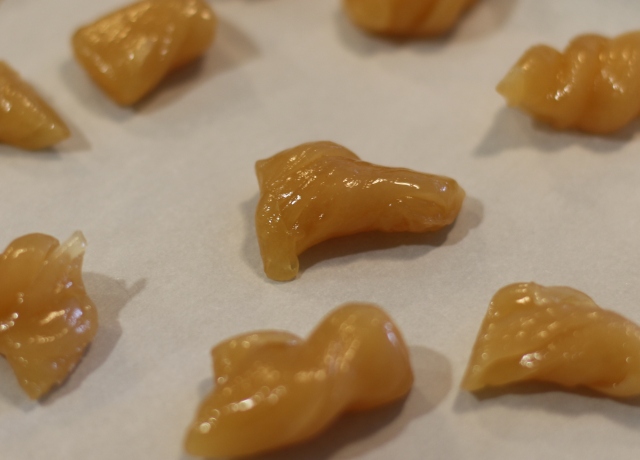 Hurrah! We had success! Now I am feeling like I want to try it maybe with a little bit of ground ginger in the mix? Or maybe fold in some crystallized ginger chopped up real tiny!

← Huffin’ and a little Puffin: Fratercula arctica
For Science! →