Today in the house of M..

…. has involved not very much productivity. I was tired, I was feeling lazy…. I had planned to go pick Elderflowers ready for some cordial…. but the weather was iffy and a late call out last night left ne feeling a little less than perky…..

So I did a little more of my current cross stitch project, watched a couple of films, and started on this little lovely that I picked up at the Warner Bros Studio Tour! (Mr M was a little annoyed as he could’ve got VIP points if we bought it from Lego) 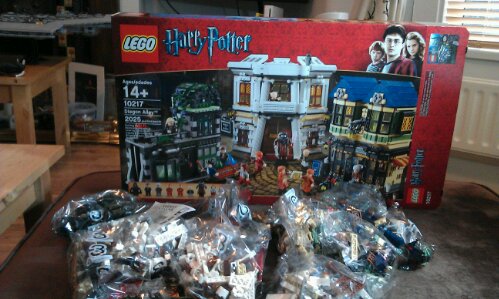 …and a few hours and films later…. 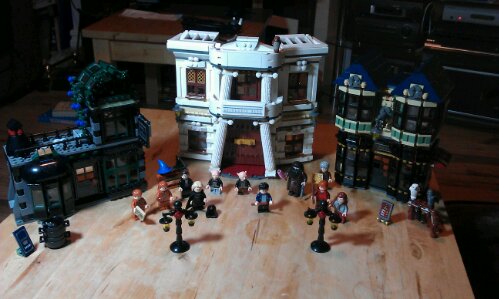 ← Baking with Herman: take 7 – Banoffee Herman.
Getting the knitting needles out. →